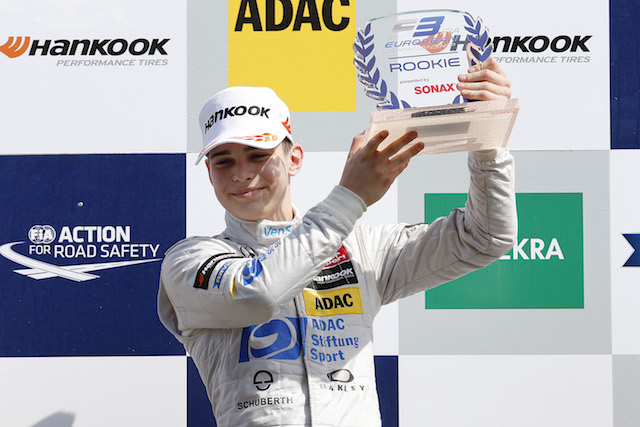 The German entered the series at the third round of 2016 in Pau soon after his 16th birthday, and scored two podiums on his way to 15th in the standings.

He raced for the same Mucke Motorsport squad with which he scored four Formula 4 wins in 2015, but has since tested for both Van Amersfoort and Hitech GP before signing with the former.

“I am ready for the next step in my career and VAR offers me an ideal environment to make this move,” he said.

“I am happy to be able to drive in 2017 with such a renowned and committed team as VAR. I have known?Frits [Van Amersfoort, team boss] for a very long time and look forward to the coming season.

“Now it is time to put everything I’ve learned this year in practice. Together with VAR I aspire for?race wins in 2017.”

Van Amersfoort said: “In German Formula 4 in 2015 and this year in Formula 3, David has demonstrated his talent and we were able to observe his potential at close range.

“This year he achieved podium finishes at?Zandvoort and in?the season’s final in Hockenheim.

“In addition, he delivered a fantastic performance a few weeks ago at his first appearance at the Macau Grand Prix.

“It is clear that he has the skills to be successful. Therefore, we want to help him to develop his full potential together with us in the FIA ??Formula 3 Championship in the coming year.”

Beckmann is the first driver confirmed with Van Amersfoort for 2017, and may end up leading the team that has won races with Max Verstappen, Charles Leclerc and Callum Ilott in the past three seasons.

Harrison Newey and Pedro Piquet, who both finished behind Beckmann in the 2016 standings, have continued with the team in post-season testing, while Kami Laliberte – whose father Guy is an investor in the Dutch outfit – is set to step up from F4.

The team may also try to find a place for its ADAC F4 champion – and MRF Challenge leader – Joey Mawson.