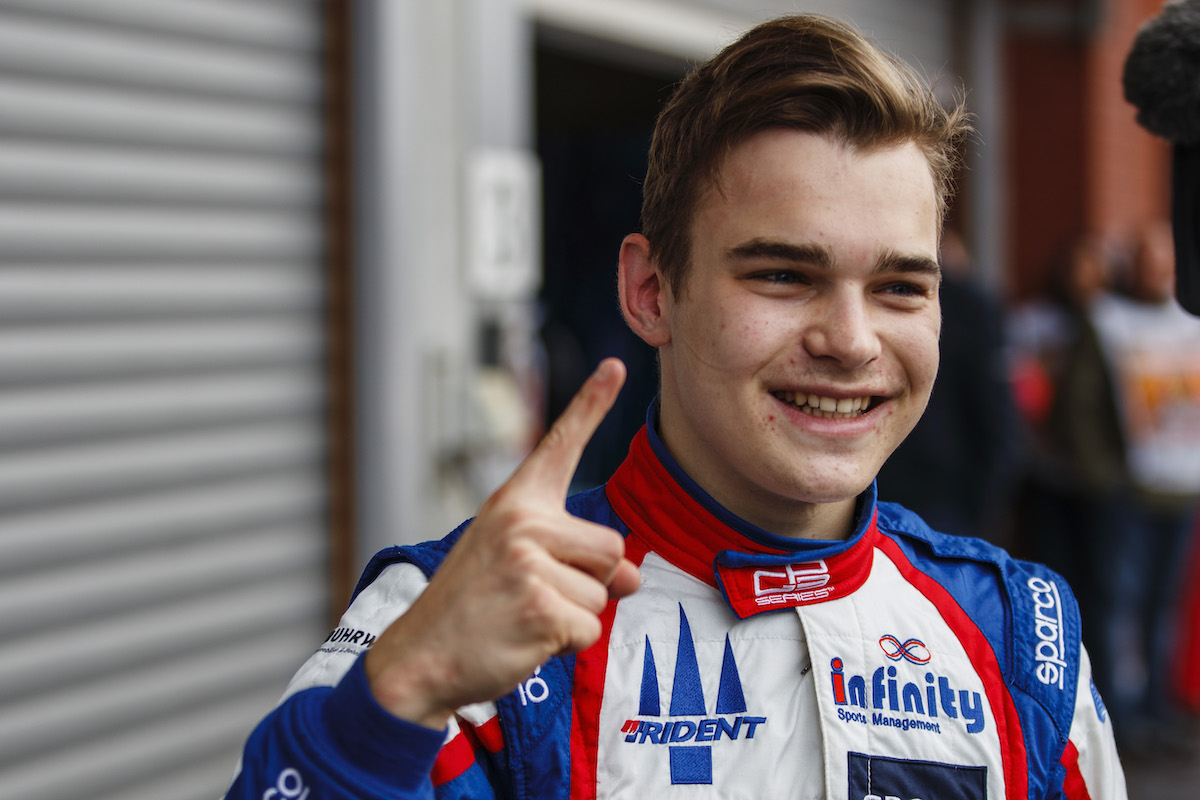 David Beckmann will return to the FIA Formula 3 Championship with Trident for the upcoming 2020 season, replacing Devlin DeFrancesco.

Beckmann previously enjoyed a strong run of form with Trident when he joined the Italian outfit in the middle of the 2018 GP3 season, taking wins at Spa, Monza and Sochi and surging to fifth in the standings.

He joined ART Grand Prix for the revised FIA F3 last year, but struggled to 14th in the standings, before rejoining Trident for the testing in Valencia and the Macau Grand Prix, which he finished in ninth place.

It appeared as though Beckmann would switch to Porsche single-make racing for 2020 having not secured a seat on the FIA F3 grid before the coronavirus pandemic delayed the start to the season.

“I am very motivated and proud to be back with Trident,” Beckmann said.

“They’re a team that always believed in me and supported me in achieving extremely positive results. I established a strong relationship with the Team Trident family, so I am looking forward to reaching even more ambitious goals soon.”

Trident has not disclosed why DeFrancesco will not take up his seat with the team for a second year.

The Canadian driver did withdraw from the end of the Asian F3 season earlier this year due to concerns over coronavirus, as he has a weakened immune system due to being born prematurely. However, it is not clear whether his departure from Trident is connected to this.

Travel restrictions are also creating complications for drivers based outside of Europe ahead of the resumption of racing.

“We are delighted to welcome David Beckmann back to our team,” said Trident team manager Giacomo Ricci.

“We always had great chemistry with him, and I am confident that we will be once again among the contenders for the FIA Formula 3 Championship, a pivotal series in the motorsport ladder.

“We will need to put up our maximum effort and to look at every possible element. This series is incredibly competitive, and even the slightest detail can be decisive.”