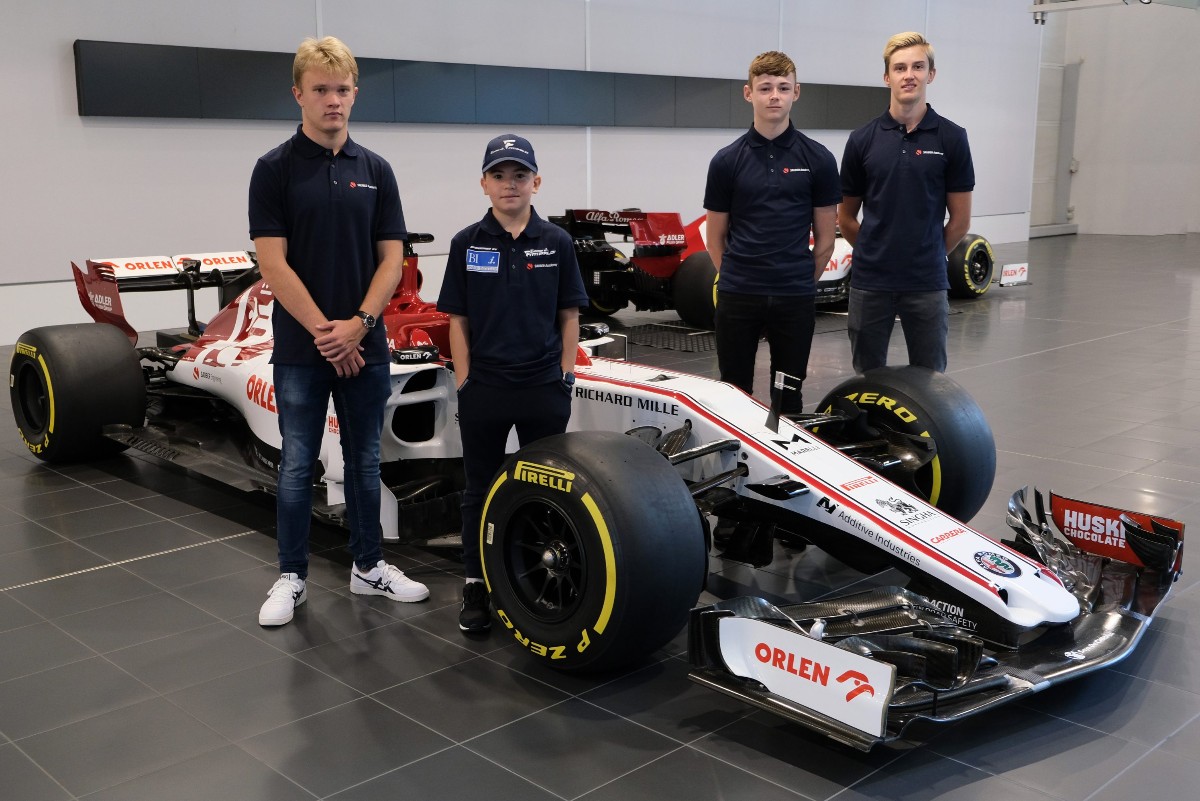 Sauber Motorsport, the company behind the Alfa Romeo Racing Formula 1 entry, has relaunched the junior programme that it established last year.

The Sauber Junior Team was created last year exclusively in partnership with the Charouz Racing System and US Racing teams across Formula 2, FIA Formula 3 and ADAC F4.

This association ended after 2019, although Pourchaire does move over to the new Academy as he steps up to FIA F3 with ART Grand Prix – the team co-founded by current Sauber CEO Frederic Vasseur.

A Sauber Karting Team was also established last year with Dino Chiesa’s Kart Republic and remains in operation alongside the Academy, where Patterson is its first graduate.

“Our Academy is just the latest project aimed at unearthing stars of the future and guiding them through their career, giving them the tools, the education and the resources needed to succeed in the world of motorsport.”

The Academy will be under the direct supervision of long-serving Sauber sporting director Beat Zehnder and will provide the drivers with “mental and physical training, technical work with the team’s engineers, media training and work on the simulator”.

Pourchaire was known to have remained under the wing of an F1 team over the winter, and the Sauber announcement was heavily delayed by the coronavirus pandemic.

“I am really happy to become part of and be supported by the Sauber Academy,” Pourchaire said. “It is a truly super chance to learn from one of the sport’s most historical teams.

“I will be the youngest on the grid in FIA F3, where I will be driving with ART GP, and the support I’ll receive will be crucial to fulfil my goal, which is to win. I would like to thank Frédéric Vasseur, Beat Zehnder and the whole Sauber Academy for this opportunity they have given me.”

Patterson made his single-seater debut earlier this year and is set to race in Italian F4 with Bhaitech, having tested with the outfit recently.

“I am very pleased to be continuing my journey with Sauber, in the Academy this season,” said the Scottish teenager.

“This is my rookie year in single-seaters and I will race in the Italian F4 Championship. My aim is to keep improving my knowledge and understanding of the car to attain good results throughout the year.

“This would not be possible without the continued support that Sauber has given me.”