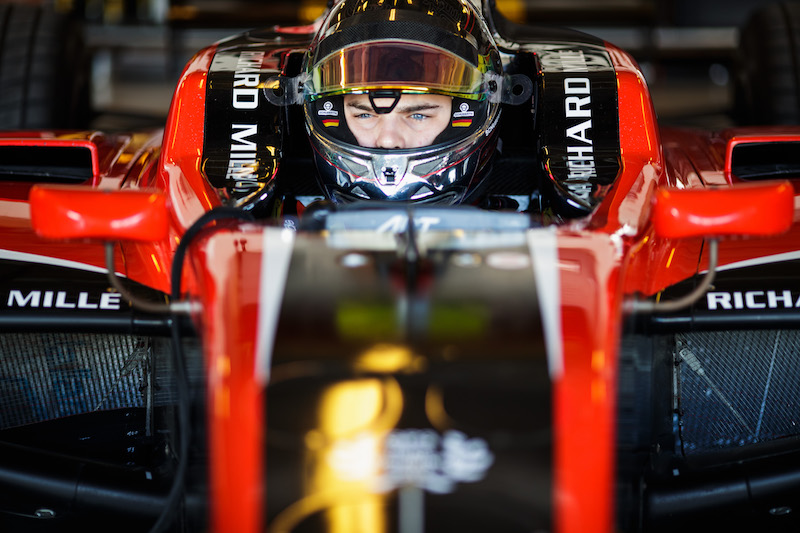 The 18-year-old German driver beat ART drivers to take three GP3 wins in the second half of 2018 following a mid-season switch from Jenzer Motorsport to Trident.

He took pole positions and main race victories at both Spa and Monza and won the sprint race in Sochi on his way to fifth in the standings.

Beckmann, who previously raced in the FIA F3 European Championship in 2016 and ’17, ran with ART on two of the three days of the final GP3 test in Abu Dhabi.

?I am proud and honoured to be able to race with such a successful and historical team,” he said.

“We worked together already in Abu Dhabi and everything went smooth. It felt immediately warm and familiar.

“The work was very professional and precise and I really like this approach because I too am a person who tries to improve in every aspects, every details. That?s why it gives me good confidence to achieve very good results with ART.”

Beckmann was previously a multiple race-winner in his rookie Formula 4 season in 2015 with Mucke Motorsport and took two podiums in F3 the following year with the team, only to struggle in a 2017 season split between the Van Amersfoort and Motopark outfits.

?David was ART Grand Prix’s toughest opponent in the second half of the GP3 season, where he scored more points than any other driver,” said the French squad’s CEO Sebastien Philippe.

“He made a name for himself with his speed over the course of a lap and his combativeness during races. ART Grand Prix also greatly appreciated his attitude and his technical background during the post-season tests.

“This initial collaboration reinforced our idea to join forces in Formula 3 in 2019 with the ambition to become the first champions in the history of the discipline.

“His sporting qualities and experience will be major assets in this brand-new championship, where he will become immediately effective with the new car.”

Renault juniors Max Fewtrell and Christian Lundgaard, who finished one-two in this year’s Formula Renault Eurocup, ran with ART on all three days of the Abu Dhabi test and are expected to complete the team’s 2019 line-up.