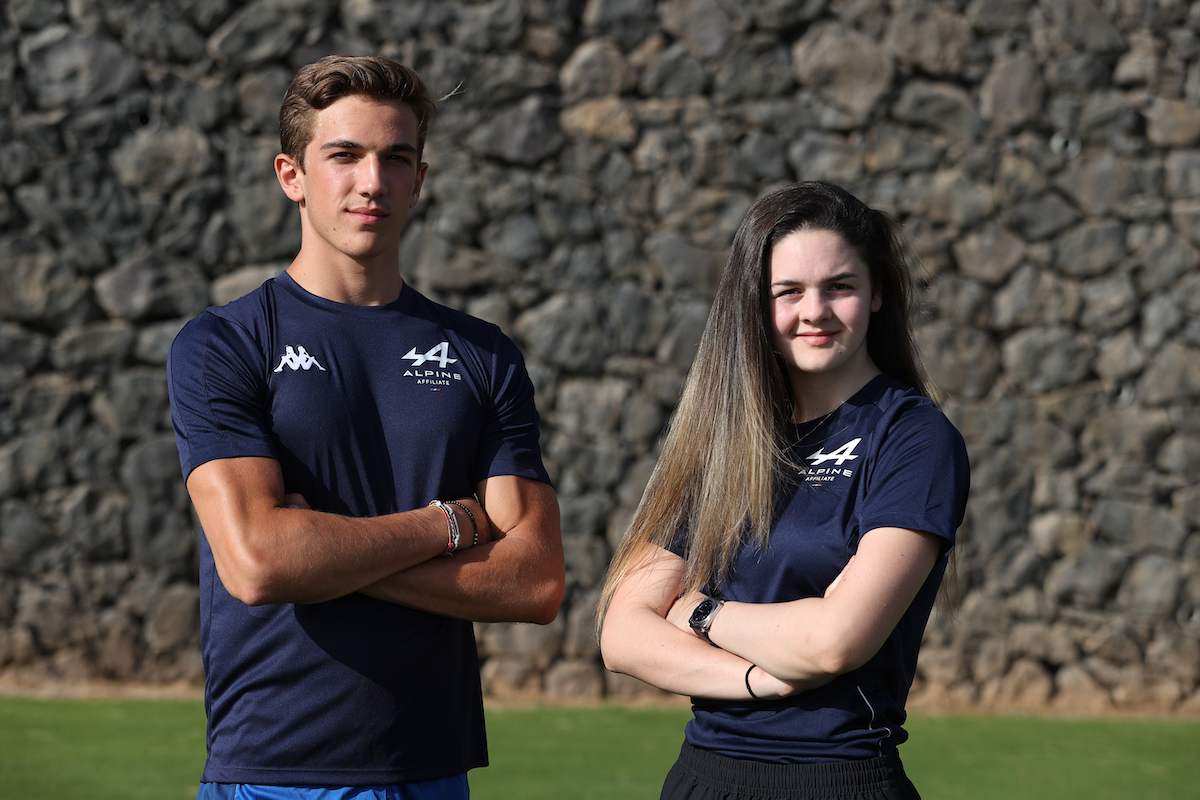 The Alpine Academy has announced a number of affiliate drivers for 2022, with Hadrien David returning to its support and Abbi Pulling receiving backing for her W Series campaign.

There are four drivers in the academy, with the Formula 1 team stating it would not give junior status to any driver racing in a series below Formula 3 level. Adding affiliate drivers had been rumoured for 2021, and is now a strategy being taken up.

David returns to the Enstone-based F1 team having been signed to the Renault Sport Academy after winning the French Formula 4 title in 2019, then being dropped following a challenging rookie Formula Renault Eurocup campaign where the MP Motorsport driver finished 10th in the standings with one podium.

In 2021, after switching from MP Motorsport to R-ace GP, David took second place in the merged Formula Regional European Championship.

Funding difficulties prevented him from stepping up to the FIA F3 Championship, and so he stays in FREC with R-ace, as anticipated by Formula Scout, and has already won races with the team in FRegional Asian Championship this year.

Pulling’s first F1 affiliation follows her impressive performances in W Series in ’21, when she came seventh in the points – automatically qualifying for a place on the 2022 grid – despite only entering half of the season’s races.

A protege of fellow W Series driver Alice Powell, Pulling claimed four podiums as a rookie in British F4 in 2020 but her return for a second season in 2021 was cut short because of a lack of budget.

Three other drivers have been signed as Alpine affiliates, including Nikola Tsolov who last week was announced as part of Alpine F1 driver Fernando Alonso’s new management company. Alpine has confirmed that the Bulgarian karter will step up to Spanish Formula 4 this year with Campos Racing, the team Alonso started his single-seater career with.

Also signed from karting are Japan’s Kean Nakamura Berta, who last year won the CIK-FIA World Championship in OK Junior, and Brazil’s Matheus Ferreira who came second in the European championship. Both have stepped up to the senior OK class this year with Kart Republic.

Alpine says the affiliate programme will be headed up by academy director Mia Sharizman as well as former racing director Davide Brivio in his new role as director of expansion projects.

“We are very excited to announce our Alpine Affiliates programme which will work alongside the Academy from this year,” Sharizman said.

“The programme will help provide young racing drivers across the world with crucial support, career advice and training.

“Longer term we envisage the Alpine Affiliate programme acting as a feeder for our Academy, as we strive to continue recruiting the most talented young drivers across the globe to future proof Alpine’s success in motor racing.”

Alpine last supported affiliate drivers during its Renault days, with the late Anthoine Hubert running with partial support from Renault in 2018 as he won the GP3 title, and Leonardo Lorandi getting affiliate status while racing as a rookie in the FR Eurocup a year later.