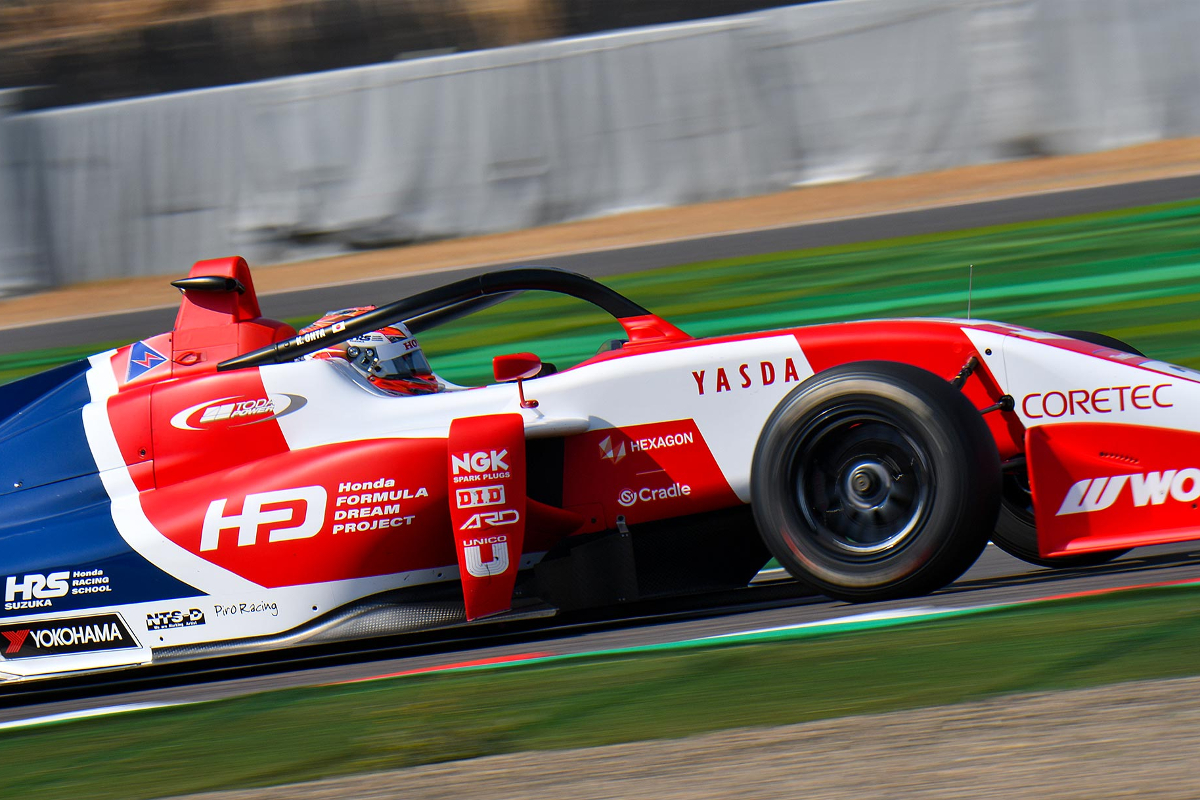 A two-hour Tuesday session was the full scope of the first day of running, and it was interrupted early on as Ohta’s Honda stablemate and fellow Japanese Formula 4 graduate Iori Kimura caused a red flag by stopping at the side of Spoon Curve.

Once he restarted his car and returned to the pits green flags were waved, but Formula Regional Japan champion Yuga Furatani then crashed in the Esses and caused another red.

He wasn’t the only TOM’S driver lacking in running, as Kazuto Kotaka didn’t get out on track at all. Rn-sports’ Seiya Motojima was also entered into the test but didn’t set a lap.

Seita Nonaka put TOM’S to the top of the times before the next red flag, caused by B-MAX Racing’s Togo Suganami going into the gravel, and remained there after the final restart through to the chequered flag.

Laptimes were faster on Wednesday, split into two two-hour sessions, with Ohta fastest in the morning and afternoon after being second to Nonaka’s 1m51.043s by 0.080 seconds on Tuesday.

Helm Motorsports’ Reiji Hiraki joined the action after missing day one, while Kotaka and Motojima remained inactive. Furutani’s car was repaired in time to contest the morning session, although he only set nine laps.

The cooler morning conditions meant there was more action in setting flying laps, and Nonaka laid down the early pace. It was Suganami, Ohta and Kimura who were first into 1m50s territory, and Ohta lowered the pace to 1m50.264s.

That was enough to keep him ahead despite many drivers putting on fresh tyres to challenge for top spot at the end, with Nonaka rising to second with a 1m50.478s.

Nobuhiro Imada caused a red flag stoppage in the afternoon, where laptimes remained in the 1m51s longer than before. Furutani eventually broke that barrier, but Suganami swiftly bettered him with a 1m50.801s to go to the top.

Nonaka was the next pacesetter, posting a 1m50.618s, then with 10 minutes to go Toyota’s junior Hibiki Taira’s 1m50.394s lap comfortably made him fastest.

Ohta got close to his morning benchmark with a 1m50.290s to end the session on top, and Suganami became the second fastest driver of the day at the end of his final run as he set a 1m50.335s.

Furutani made up for lost time, recording 52 laps during the session and spending most of his time on track.