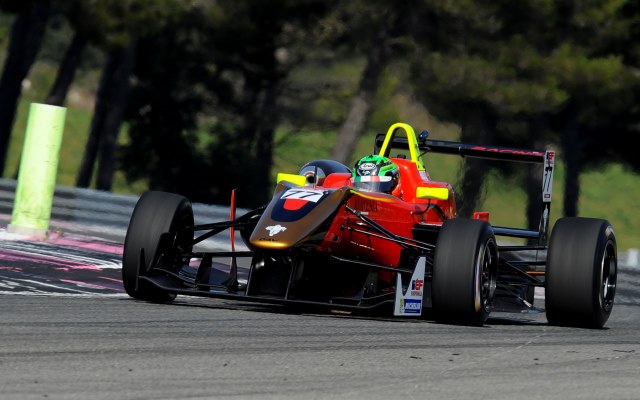 Euroformula Open outfit DAV Racing has submitted an entry to compete in the FIA Formula 3 European Championship in 2016.

The Italian squad, headed up by former driver Matteo Davenia, features on a list of 13 teams that have collectively lodged entries for up to 39 cars.

DAV has contested the F3-based Open series since 2012, when Davenia raced alongside future GP2 driver Kevin Giovesi, who dominated that year’s Copa class.

In 2015 it scored victories with promising Italian youngsters?Alessio Rovera and Leonardo Pulcini, while it also ran Kang Ling in the final two rounds after the Chinese driver left the Mucke Motorsport FIA series team.

In addition to DAV, the entry list also features Jo Zeller Racing, which did not compete under its own banner in 2015 but did operate two cars on behalf of Mucke, including the one that Ling raced.

HitechGP features having already signed up George Russell and Nikita Mazepin for its first full season, but absent is Artline Engineering, which entered the final two rounds of 2015 with its ArtTech chassis.

The list of 13 teams has been formed from a pre-registration phase, with a final version featuring drivers due to be published in late February.

While the teams have entered 39 cars between them, the number actually taking part will depend on teams finding drivers to fill those seats – 11 drivers have been confirmed so far.

Teams will only be permitted to field a maximum of four cars each under a new rule.