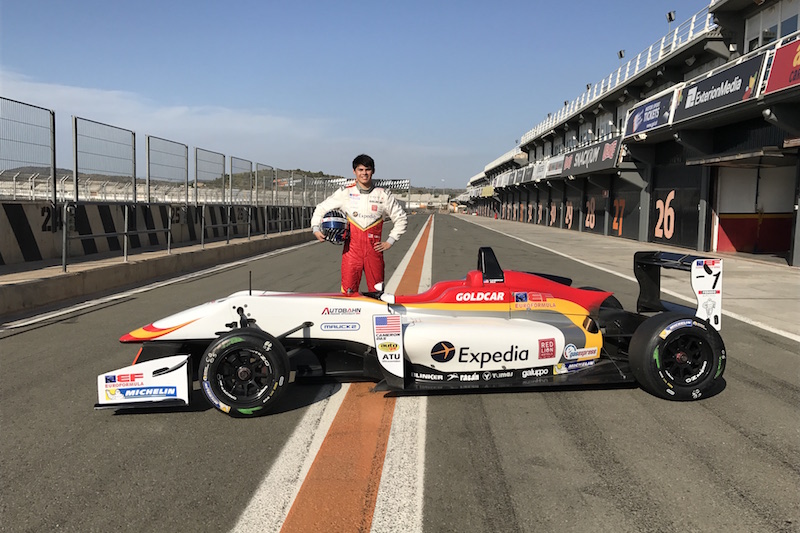 Das (pictured), the 2016 United States Formula 4 champion and race winner for Carlin in British F3, has signed for Campos Racing and will contest all four of the remaining rounds of the season.

He takes the seat previously held by Petru Florescu (who is under the same management as the American) and which went to Raoul Hyman in a one-off at the last round at the Hungaroring following Florescu’s move to Fortec Motorsports.

Fortec have also added Hingeley to their line-up for Silverstone, after his three wins for the team in British F3 this season.

Das and Hingeley still have one more round of the British F3 season to go, and are separated by only three points in fourth and fifth respectively in the standings. Both have outside shots at the runners-up position behind champion Enaam Ahmed at the final round at Donington Park in late September.