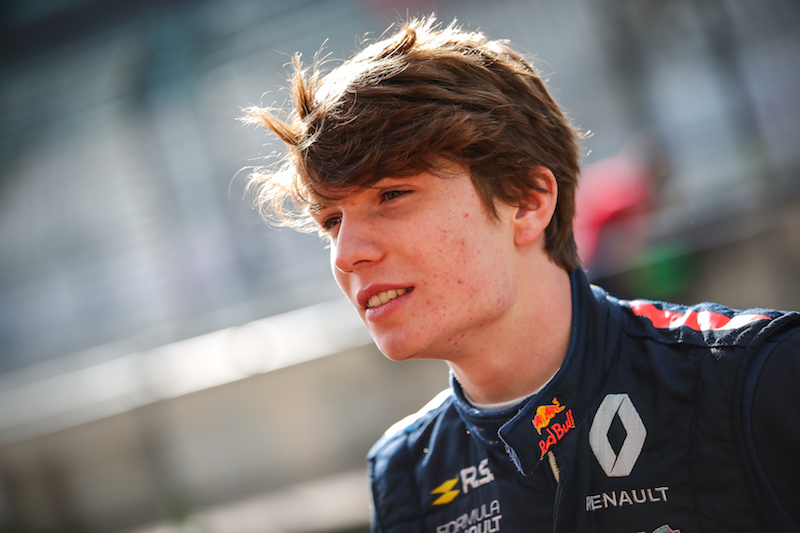 Starting from this weekend’s races at Monza, Ticktum will take over the car that was driven by Matthieu Vaxiviere at the Hungaroring and Spa after Santino Ferrucci departed to step up to Formula 2.

Ticktum has competed in the Formula Renault Eurocup this year in his first season as a Red Bull Junior, and his first full year back in competition after serving a ban for an incident in MSA Formula.

He is currently seventh in the standings, just five points behind leading rookie Max Fewtrell, having won at the Hungaroring in July, and will be able to contest the final two rounds at Spa and Barcelona, which do not clash with GP3 events.

“It is an incredible opportunity,” he said on Instagram.

“Having never driven the car however, only having 45 minutes to get used to a car with 200bhp more than what I’m used to will certainly be a challenge. [But] that’s what racing is about!

“Huge thanks to everyone who has enabled me to get to this position in my career, particularly Red Bull and my family.”

The move comes as current GP3 racer Niko Kari’s future with Red Bull beyond the end of the season is in doubt, following comments by Junior Team chief Helmut Marko at Spa.