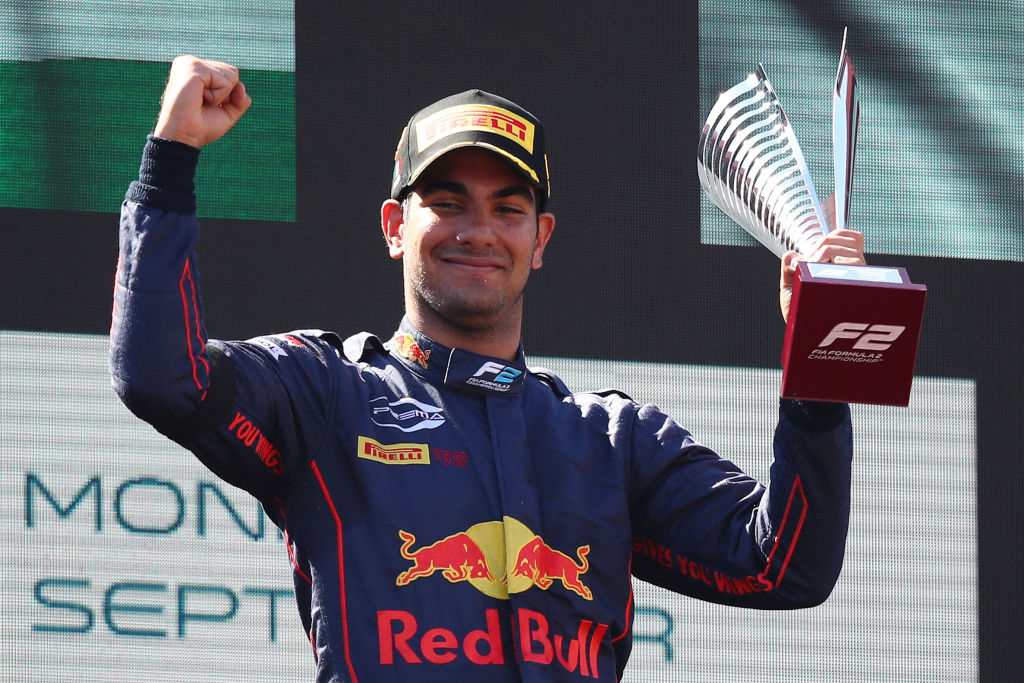 Prema’s Jehan Daruvala took a long-awaited first Formula 2 win of the season at Monza, and was pleased to see last year’s champion team be back on the pace.

Daruvala spent much of the season’s first half occupying third place in the championship standings, with the third-year F2 driver having picked up five podiums in the first 11 races.

However his form curtailed after that – and rookie team-mate Dennis Hauger, twice a winner in the season’s first half, said he began to feel “a bit lost” as the results got worse. After scoring just once in 10 races, Hauger rebounded with a sprint race podium two weeks ago at Zandvoort, and Daruvala followed at Monza with a sprint race podium and his first feature race win.

“It is very satisfying [to finally win],” said Daruvala, who had bemoaned earlier in the year that he had been lacking the final bit of pace in his car to claim victories.

“One thing is winning, but the other thing is having really good pace. We haven’t had that in the last few weekends. So I’m really, really pleased, it was good steps forwards and we’re fighting back where we should be.”

“It was a good race I think overall. On lap one, I got hit from behind in turn four and I damaged my bargeboard. I thought I would have to pit, but luckily for me it flew off and I could continue driving. The race in the beginning was just about going long on the option tyres, but when the safety car arrived it was good timing for me, so I managed to get the free stop.

“We had a really good pitstop and after that it was just about managing, staying out of trouble with the guys who hadn’t pitted, staying in DRS and saving my tyres.”

Daruvala hopes the “good step forward” by Prema continues into the final round in Abu Dhabi, “so hopefully we can finish off the season strong as well”.

Hauger finished ninth with fastest lap in the Monza sprint race and then fourth in the feature race despite a drive-through penalty for not having all four wheels fully attached to the car when the three-minute signal was given on the grid.

“A decent race. The start wasn’t great but there were some collisions out front as well, so I avoided them and got away with it,” he said.

“The drive-through lost a bit on us. Some people pitted and some didn’t and the people we had behind were in the top five, while we were back in P14. That was a bit of a shame, but the recovery we did and the pace we had was pretty good.

“Just struggled a bit in the last couple of laps, but overall, it was a fine recovery and in the end, we maximized the stuff we could on track.”