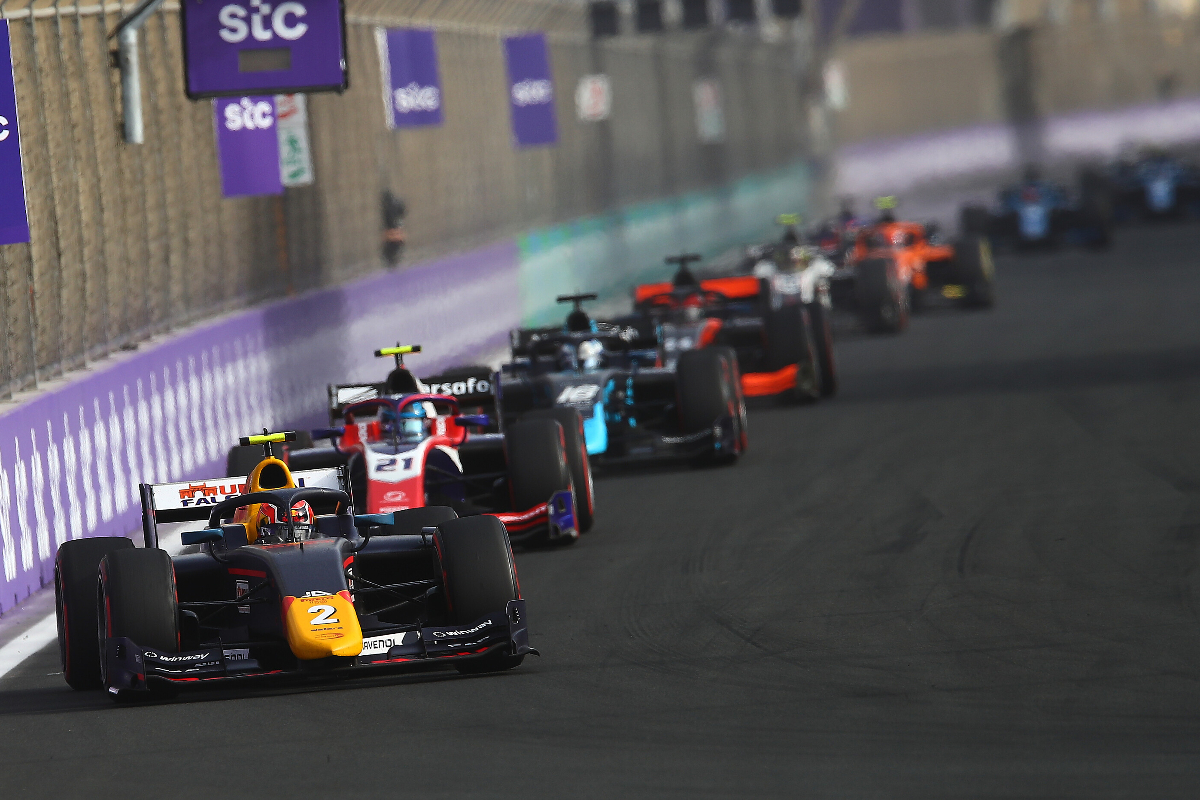 The Prema driver finished third behind MP Motorsport’s Felipe Drugovich and Trident’s Richard Verschoor in what unexpectedly turned out to be a safety car-free race. He started on the conventional strategy with the soft compound tyre, and pitted early for mediums.

Daruvala overtook five cars in the first two laps to be ninth, and his early pitstop sent him down to 18th. After that he charged through to third, and revealed in the post-race press conference his lowly start position was down to a car issue.

“I was really down Friday night after my qualifying session,” Daruvala said. “I was a bit surprised, shocked to be honest, about where I was.

“The next day when I came to the track they told me that something was broken on the rear of the car, so it explained a lot of my troubles.

“It put me mentally in a good place for the races, it made me believe again, and to come out from the two races in seventh and third was damage limitation after qualifying. I’m really happy, and to be third is the maximum we could have done today.

“Honestly I didn’t think [a podium was possible]. There were a lot of quick cars in front, so I thought I can try to move forward as fast I can. We thought there were going to be a lot of crashes and safety cars, so to survive to the end.

“But there was literally none, so it makes it even more satisfying that in a race without any incidents and safety cars I still managed to come from 14th to third, so definitely a lot of positives to take and we can build on from here.”

Daruvala was later asked how he seized his opportunities in the race.

“This race is quite confusing for me,” he said. “I started 14th, then I did like a triple overtake in turn one, so that was good. I think that changed my race a bit, but honestly then I struggled a lot on the options. So I actually got overtaken by Roy [Nissany, DAMS] and I decided to pit really early.

“The pit-in, pit-out, the out lap and the first couple of push laps, just using my experience to really push the limits, and I just kept my head down. My engineer said ‘it’s really critical now, the next three or four laps’, so I really pushed. There’s obviously a big risk-to-reward ratio on this track and today it paid off.

“I still had to overtake a couple of cars on the prime even though I pitted earlier than them, so clearly the pace was really good. Like I said, after qualifying this was the best we could have hoped for this weekend.”