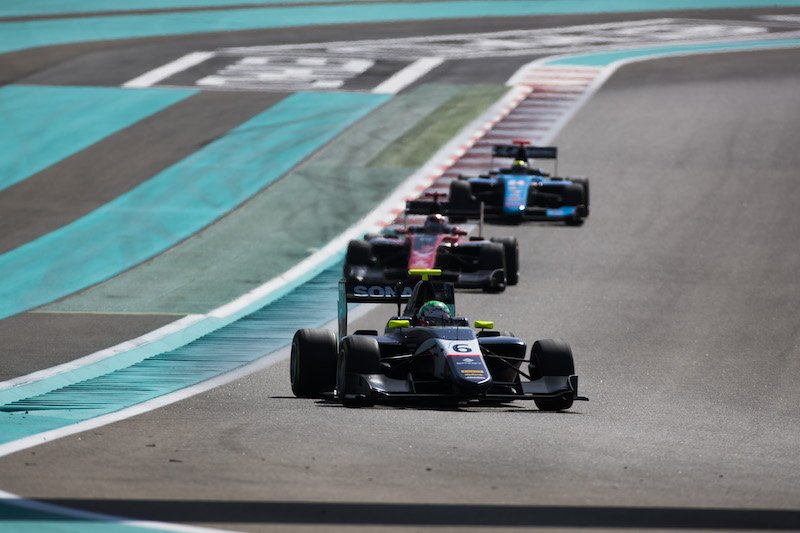 Seven European Formula 3 drivers will be in action on the first day of GP3 post-season testing in Abu Dhabi, with Jehan Daruvala and Ferdinand Habsburg teaming up at Arden.

Daruvala and Habsburg, who finished sixth and seventh in European F3 this year with Carlin and could yet return to the series in 2018, will make their GP3 debuts for Arden alongside Formula Renault Eurocup runner-up Will Palmer, who also tested for the team two years ago.

Callum Ilott, Jake Hughes and Nikita Mazepin are expected to race for ART Grand Prix next year and will drive for the team on all three days of the test, joined by Tatiana Calderon on day one and Gabriel Aubry on days two and three.

Giuliano Alesi and Ryan Tveter stay on with Trident after finishing fifth and eighth in the 2017 standings, joined by former Jenzer driver Alessio Lorandi and F3 racer Pedro Piquet.

Campos will run its 2016 Euroformula Open champion Leonardo Pulcini alongside two of its 2017 drivers from the same series, Simo Laaksonen and Thiago Vivacqua.