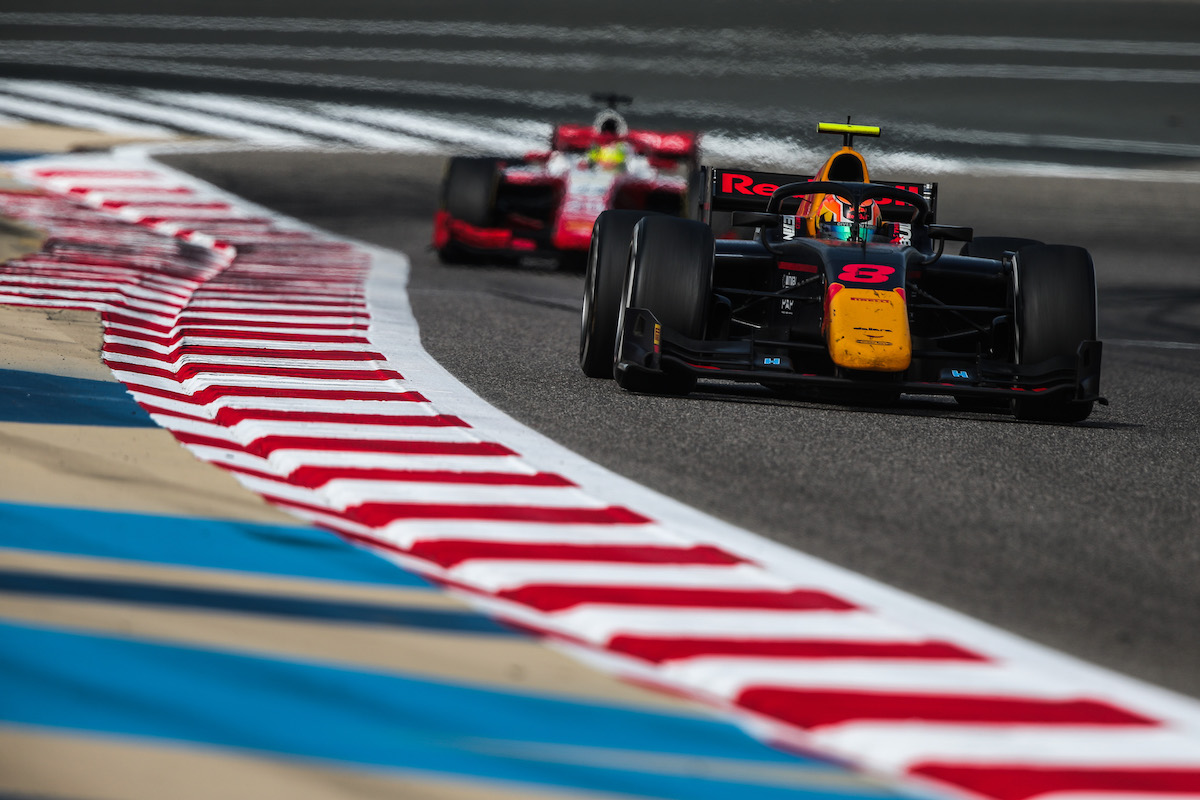 Jehan Daruvala has pointed to his lack of title-fighting status in how staunchly he defended third place from points leader Mick Schumacher in Formula 2’s Bahrain feature race.

By successfully defending the position, the Indian earned his first series podium. He had entered the weekend expecting to perform well, having been fastest on race runs during pre-season testing at the circuit.

In the closing stages of the Bahrain race, Carlin’s Daruvala was on hard compound tyres while Prema driver Schumacher was chasing on mediums. Despite having a pace advantage, Schumacher could not find a way past Daruvala’s defences.

“It got really close at the end, but honestly, I really wanted the podium because I haven’t had one this year yet and, at this stage of the championship, he has a lot more to lose than I have, so I was just being as aggressive as I could,” said Daruvala.

“We left each other just about enough room to get round, and I knew that if I just hung on a couple of laps more he would also struggle at the end because he was on his options [medium compound tyres] and hopefully they would start fading away.

“It feels good [to get a podium]. I think the last few rounds you can see I have been making progress and given Sochi was a big step forward. It feels good.

“Just to sum up the race, similar to Callum [Ilott, who finished second], I struggled a lot on the option tyres compared to the prime guys around me. Once I got onto the prime, I just did my own race and at the end it worked out pretty well.”

When asked by Formula Scout about the significance of the podium, Daruvala admitted that the lack of results in his rookie F2 season had dented his confidence.

“It does mean quite a lot to me, just given myself confidence back that I could fight right at the sharp end of the grid. Because the whole of last year I was fighting at the front, and it’s been a bit of a struggle at the start of this year.”

Daruvala’s previous best result had been fourth place at Silverstone, while his last podium came at Monza in FIA Formula 3 Championship last year.

“In the last few rounds it’s been coming together slowly and finally I think I’ve had six or seven good starts in a row, that was my main problem in the first six or eight rounds. I’d qualify in the top six and be outside the top 10 before Turn 1.

“I worked on that really hard in the time that we had in between races and our starts are now coming together. It does make a big difference in these races because if you gain two or three positions, it’s worth four or five seconds in terms of time over the race.”