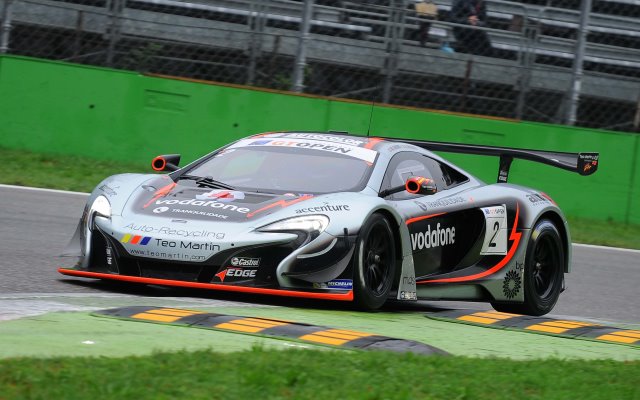 The DAMS entry that took Kevin Magnussen and Carlos Sainz to the Formula Renault 3.5 title has been acquired by Spaniard Teo Martin to compete in the 2016 season.

After claiming one final victory in the series with Nyck de Vries at Jerez on Sunday, DAMS will leave the series as fellow French firm Renault withdraws its support and instead enter the GP3 Series.

Its place will be taken in the renamed Formula 3.5 V8 series by Teo Martin Motorsport, which already competes in the International GT Open with a McLaren 650S GT3 raced by factory driver and 2007 FR3.5 champion Alvaro Parente along with Miguel Ramos, with the Portuguese pair leading the standings with a round to go.

Formula 3.5 V8 will run alongside the GT series at several rounds next season.

Martin, who runs an automotive part recycling firm, famously purchased the cars and assets of the collapsed HRT Formula 1 team.

“I am delighted to have acquired the DAMS World Series team, since it has a significant track record,” said Martin.

Jaime Alguersuari Sr of Formula 3.5 V8 promoter RPM Racing commented: “It’s a real pleasure to have the Spanish team of Teo Martin in our championship.

“His long sports career and successes over the years are the best introduction for a team that will soon adapt to this new discipline. I share many values ??with Teo Martin, an excellent sportsman and manager of automobile projects, and above all passionate about motorsport.”

Teo Martin Motorsport is the second new team to be announced for the Formula 3.5 V8 series, following the Spirit of Race squad of AF Corse boss Amato Ferrari.

Spirit of Race has taken the place of Draco, which has confirmed that the final FR3.5 round last weekend was its last event in motorsport.