Dalton Kellett gets ride share with Sebastien Bourdais in IndyCar 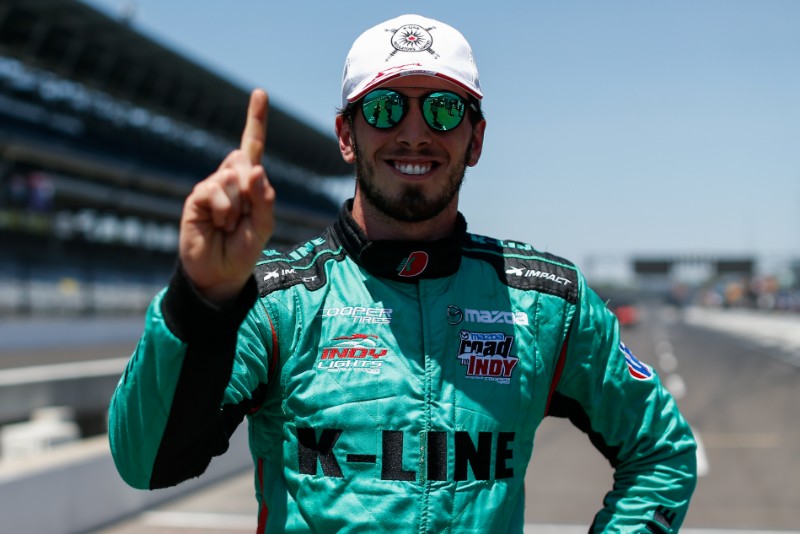 Before that the Canadian raced in USF2000 and Indy Pro 2000, with a best finish of second in the latter. His first car racing wins came from a foray into sportscar racing last year, where he won the LMP2 class in three IMSA races.

“I am honored to compete in the 2020 IndyCar Series with AJ Foyt Racing,? said Kellett.

?This opportunity is truly a dream come true for me, dating back to my days looking up to the drivers in IndyCar back as a young go-karter.

“The pedigree and achievements of AJ Foyt Racing are historic in our sport, and I can?t wait to contribute to their ongoing success.”

AJ Foyt Racing has competed in IndyCar and its predecessors since 1965, and its 44th and most recent win came in the 2013 Long Beach Grand Prix.

For 2020 the team will run one full-season entry for Charlie Kimball, alongside the Bourdais/Kellett car that will be raced by 2004 champion Tony Kanaan in oval races. A third car will run in the Indianapolis 500 for Kellett to race.

?This season, there will be plenty to learn including the exciting challenge of adapting to an all new car for me.

“Luckily, I am fortunate to be partnered with three series veterans in Kanaan, Kimball, and Bourdais.

“I?m looking forward to working with them and learning from their combined experience to grow as a driver.”

“I am such a lucky man,? Bourdais said. ?Starting my IndyCar career driving for Paul Newman and Carl Haas, and now I get to drive for A.J. Foyt!

“I am both honored and thankful for the opportunity Larry Foyt and his team have provided me with.

“Staying in IndyCar seemed like a long shot back in November. My team-mates and I will be working very hard to deliver the results this organization deserves, and I can’t wait for the Grand Prix of St. Petersburg to come.”

Sebastian Montoya, son of F1 winner Juan-Pablo, steps up to F4 with Prema