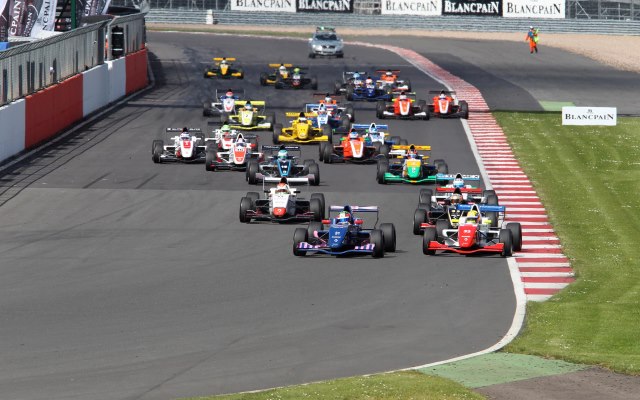 The latest generation of Formula Renault 2.0 cars will be used in a British series again in 2015 in plans to revive the national championship after a three-year break.

AUTOSPORT has revealed that Formula Renault UK is set to be relaunched for next season, after it was axed at the start of 2012.

The 2013-specification Tatuus chassis currently raced in the Eurocup, NEC and Alps series will be used as part of a two-tier championship together with the older-generation cars seen in the Protyre Formula Renault category.

The Protyre series – formerly known as Formula Renault BARC – saw an increase in popularity when the UK series was slashed due to a lack of entries, but grid numbers have now fallen to 12 at last weekend’s Brands Hatch round.

Simon North of Grovewood, which formerly promoted Formula Renault UK and is currently in charge of the Protyre series, is behind the plans.

The revived Formula Renault UK will go up against Jonathan Palmer’s BRDC Formula 4 and Formula Ford GB – which adopts the FIA’s F4 regulations next year – on the British junior scene.

Formula Ford took over FRUK’s permanent support slot for the popular British Touring Car Championship, although the Protyre series does currently hold a one-off appearance on that same bill at Silverstone.