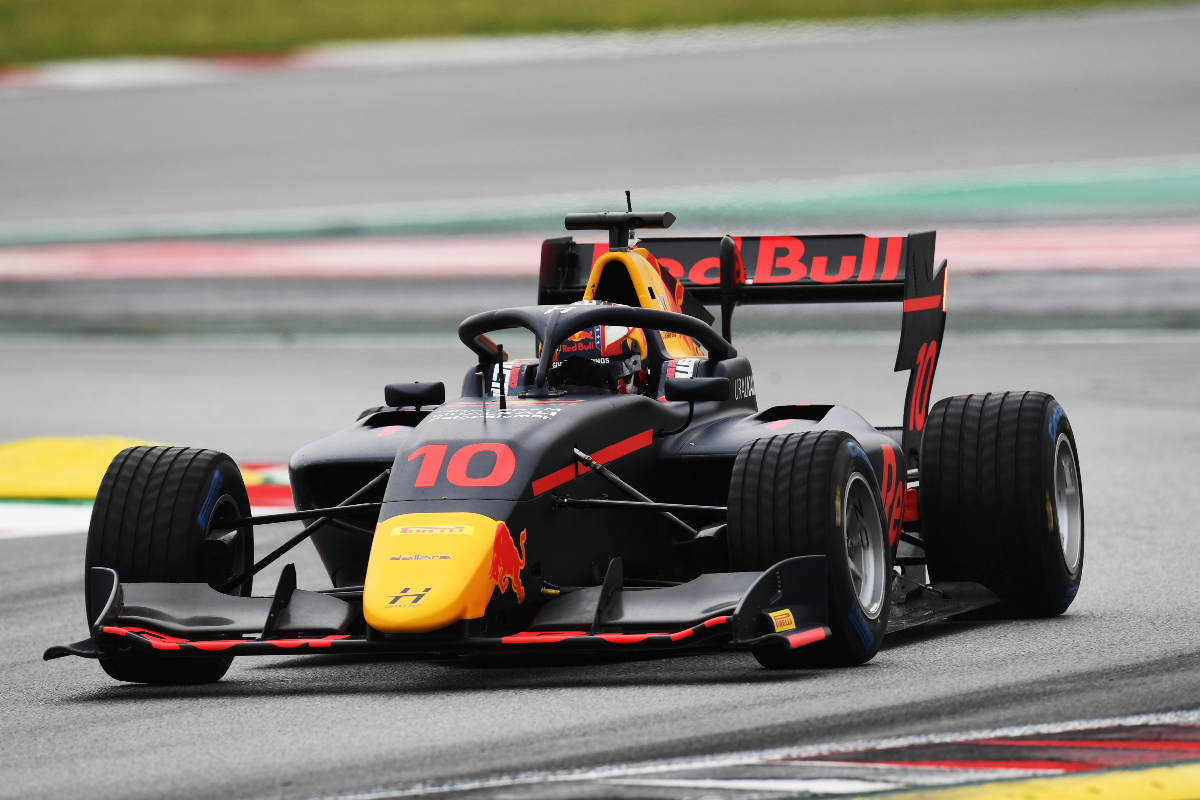 Hitech GP’s Jak Crawford set the pace in the opening session of the pre-season FIA Formula 3 Championship test at Barcelona.

Testing began on a very wet track, and drivers only went out for installation laps in the first 15 minutes of the three-hour session.

It took another five minutes of drying before anyone else could get into the 1m49s, and Collet’s team-mate and fellow Alpine Formula 1 junior Victor Martins went fastest at the half-hour mark with a 1m48.825s. The pair then traded top spot until the session was stopped after 45 minutes when Hitech’s Roman Stanek hit trouble in the second sector of the lap.

Martins and Collet resumed their battle at the top when the action restarted, with Martins breaking into the 1m47s.

He remained in first place for 20 minutes until Jenzer Motorsport’s Calan Williams posted a 1m47.690s, although he then plummeted down the order as a drier line emerged and improvements came in from across the 30-car entry list.

Martins reached a 1m47.100s, and ART Grand Prix’s Alexander Smolyar became the first driver in the 1m46s. It was Martins who was back on top not long after, but he was then pushed back down to second when Crawford went fastest by seven tenths of a second.

Smolyar bettered his benchmark by half a second, but Crawford responded with a huge improvement to a 1m44.314s.

The pace had been lowered by another three seconds before conditions got worse again and everyone returned to the pits, with Carlin’s Jonny Edgar on top with a 1m40.896s and a 1.730s advantage with 30 minutes to go.

HWA Racelab rookie Rafael Villagomez then smashed that by 3.6s, and soon there were more names at the top as Carlin’s Kaylen Frederick lopped another two seconds off the fastest time and then Jenzer’s Pierre-Louis Chovet went to the top.

Edgar and Frederick had brief spells in first place again, before Crawford posted two laps in the 1m33s good enough for first place.

Chovet rose back to second with two minutes to go, with just 0.004s covering him, Frederick and Edgar.