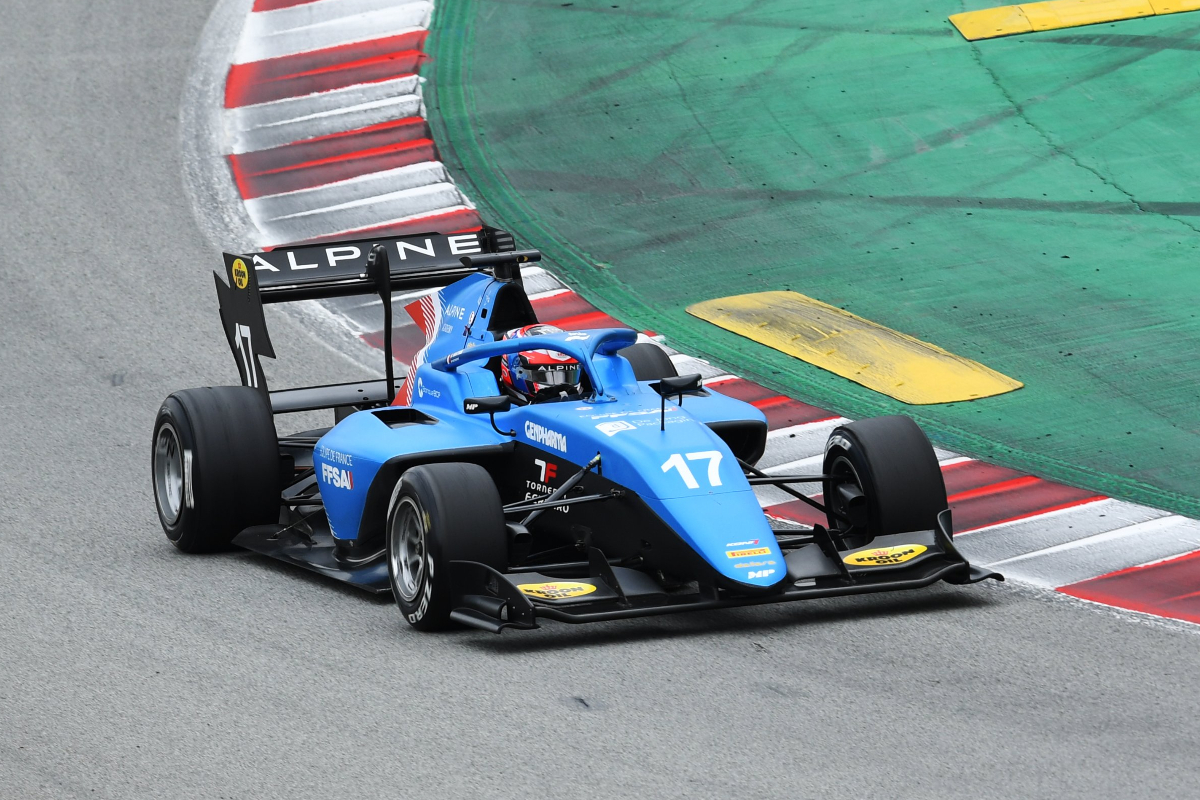 Victor Martins was fastest on the first afternoon of FIA Formula 3 Championship’s pre-season test at a dry Barcelona after the morning was hit by rain.

MP Motorsport’s Martins was less than two tenths back in third, but the Alpine F1 junior was ahead of Vesti after 45 minutes as he went half a second faster.

His team-mate and fellow Alpine junior Caio Collet narrowly bettered his lap at the end of the first hour, but Martins responded 10 minutes later by improving by over a second.

Nobody got close to that laptime in the remaining 109 minutes, leaving Martins on top on a 1m31.743s.

Collet improved immediately but was 0.899s slower than his team-mate, and it wasn’t until the second half of the session did improvements by other drivers in the top 10 appear.

Trident’ Jack Doohan went second fastest with a lap a tenth up on Collet’s, then his team-mate Clement Novalak trimmed another tenth before the end of the second hour.

In that time Doohan came back on track and reclaimed second place, with his 1m32.369s lap still 0.626s off the pace of Martins, who has won his past four races at Barcelona in the Formula Renault Eurocup.

Behind Vesti and Novalak was Hitech GP’s morning pacesetter Jak Crawford, who set his best lap of the session with six minutes to go, and the top 10 was filled out by Charouz Racing System’s test-only entries Mikhael Belov and Logan Sargeant, Prema’s Dennis Hauger, Collet and Smolyar, who was 1.004s slower than Martins.