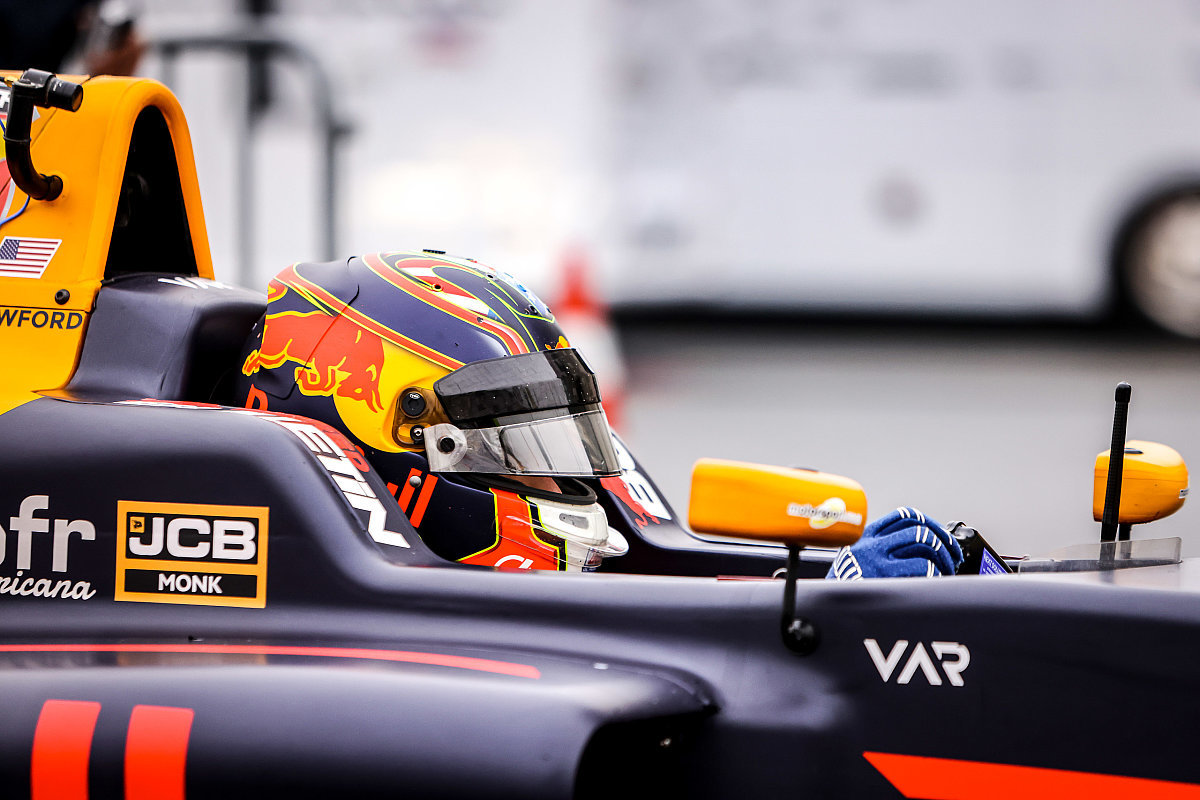 Jak Crawford believes the penultimate race of the ADAC Formula 4 season, when he held off the ultimate champion Jonny Edgar to claim victory, was the most difficult of his career.

The 15-year-old went into last weekend’s Oschersleben round 23 points behind Van Amersfoort Racing team-mate and fellow Red Bull junior Edgar at the top of the standings.

The pair claimed a pole each in qualifying, then Crawford snatched the points lead in race one of three when contact with poleman Edgar led to a puncture for the Briton and a route to victory for Crawford.

“Qualified on the front row both times, so that was good. My starts were really good this weekend, probably my three best starts of the year,” said Crawford.

“In race one we got a bit lucky, I’d say. We actually gained the championship lead because Jonny got the puncture.

“In race two I got out to a good lead early from pole. I was struggling with tyres quite a bit. I think Jonny had an almost new tyre because of the puncture he got in race one, he could replace that.

“Race two was probably the most difficult race of my life. I was just hanging on at the end. I knew that I had to win it if I wanted a chance of winning the championship. It was really good to get the second race win.”

Crawford’s fifth win of the season, by 0.115 seconds from Edgar, put him nine points ahead going into the reversed-grid title decider where they started from the fourth row.

“In race three I got a really good start, I think I was actually alongside Jonny but then got boxed in. He was able to find a gap and I couldn’t. So he probably advanced three positions right there and I wasn’t able to.

“I just wasn’t able to recover, especially at a place where it is so hard to pass.”

While Edgar charged up to second, Crawford only gained two spots to finish sixth and as a result his team-mate took the title by two points on dropped scores.

“Yes it was pretty close,” Crawford added. “It was a good weekend. I did the best I could with what I had I would say.”

The American looks likely to step up to FIA Formula 3 Championship in 2021, after going fourth fastest at Jerez in post-season testing and also setting the pace on long runs there with Hitech GP.

“It’s been a great learning year for me in Europe. I learnt a ton that will help me in the future.”