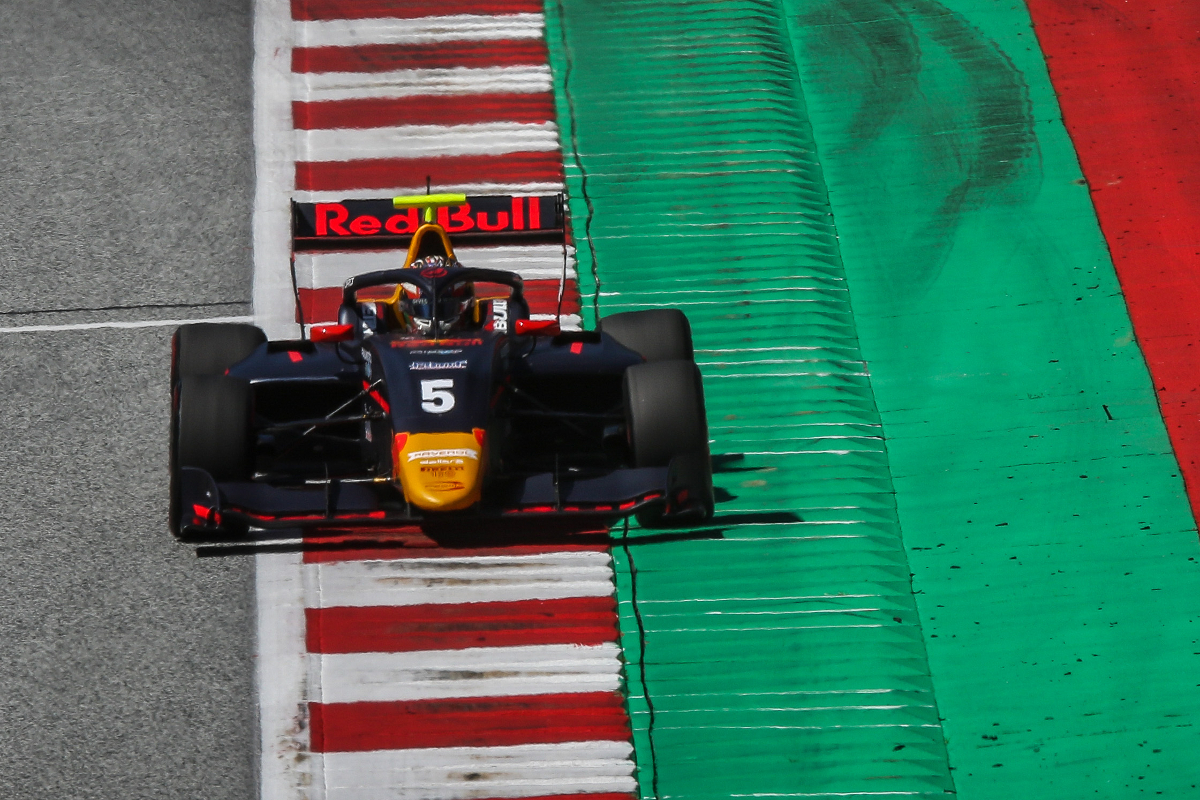 Jak Crawford claimed his maiden FIA Formula 3 victory ahead of Caio Collet in the sprint race at the Red Bull Ring.

Crawford snatched the race lead from Collet late in the race and left the reversed-grid polesitter to defend against a train of drivers for the runner-up spot, with Franco Colapinto emerging from a frantic battle to finish third.

Multiple safety cars and a virtual safety car period disrupted running in the race, and the first came very early, shortly after Juan Manuel Correa took the lead on lap one from Collet.

Alpine junior Collet tried to fight back, only for racing to be neutralised when Rafael Villagomez stopped on track.

Correa got a good restart and held Collet off until he suddenly slowed. Correa plummeted down the order, but was able to get his car out of the way so racing continued.

Collet had a good lead after that, and wasn’t hindered when the VSC was used after William Alatalo stopped on track with smoke pouring from the rear of his car.

When racing resumed, the battle for second was the closest on track. Colapinto led Crawford, Jonny Edgar and Zane Maloney, with Prema’s battling Arthur Leclerc and Ollie Bearman close behind.

A late lunge for Leclerc put him alongside his team-mate, and both were able to get alongside Maloney.

Just before the safety car boards came out, Crawford managed to pass Colapinto for second, putting him on Collet’s rear.

Crawford stuck with Collet on the restart and took the lead shortly after. Collet tried to keep with him, and finished just 0.6 seconds back.

Colapinto was just 0.3s behind Collet but was more concerned with late attacks from Leclerc, just managing to hold him off.

Roman Stanek took fifth after a hard-fought race, and Bearman recovered to sixth but was given a five-second penalty for exceeding track limits, dropping him to 16th.