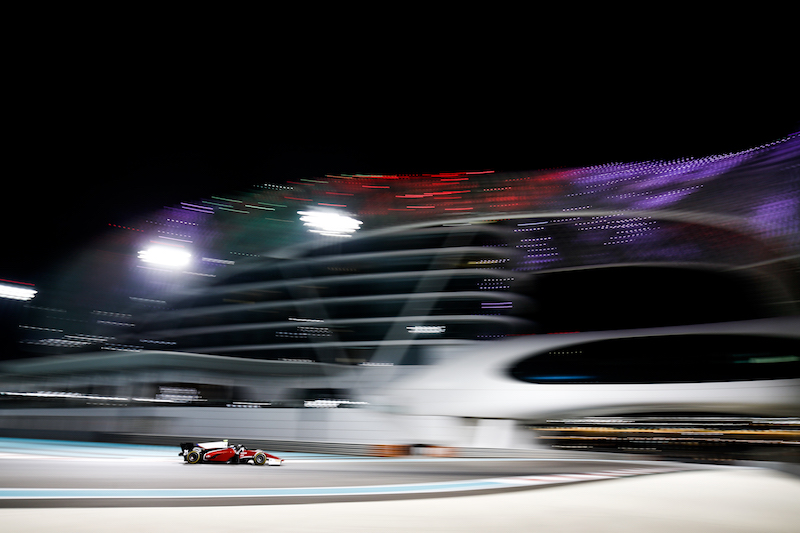 American driver Correa, who came 12th in GP3 this year, switched from MP Motorsport to Charouz for his second day of F2 running and ended it by becoming the second driver this week to dip under the 1m50s mark.

Inside the final 10 minutes, Schumacher went fastest by just two thousandths of a second over veteran Luca Ghiotto, but his former Prema Formula 4 colleague Correa beat that effort by 0.208s in the dying moments.

Correa’s 1m49.958s was 0.026s faster than the time Louis Deletraz set to top the opening day on Thursday.

Ghiotto, driving for the former Russian Time team as it prepares for life under new ownership, was third ahead of DAMS tester Sergio Sette Camara and his Carlin replacement Nobuharu Matsushita.

Former ART driver Jack Aitken joined the test with Charouz and was sixth ahead of Carlin’s Deletraz. Dorian Boccolacci returned to action with MP Motorsport and took eighth in front of Nikita Mazepin (ART) and Callum Ilott, who moved from Charouz to Trident.

The morning session was slower with many teams focusing on long runs: the six cars from ART, DAMS and Prema propped up the times.

GP3 champion Anthoine Hubert was fastest for MP Motorsport with a 1m51.116s, 0.308s ahead of Renault colleague Aitken.

Giuliano Alesi made his F2 debut with his long-time GP3 team Trident and was third in the morning, and 13th in the afternoon.

Sebastien Fernandez was the other newcomer, stepping up with Campos after coming third in the team’s GP3 car on Wednesday.