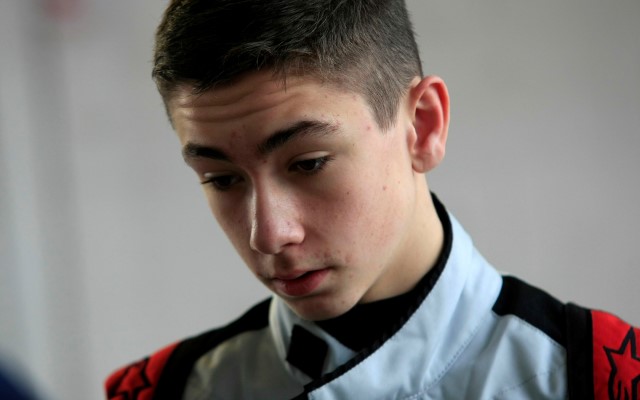 Successful karter Connor Mills has joined the Formula Ford GB grid for the remainder of the season along with the Meridian Motorsport squad.

16-year-old Mills is a member of the Young Racing Driver Academy established with Arden International earlier this year. Last year he won a number of titles, including the Super 1 National Rotax Mini Max Championship. He has already been competing on the British Touring Car Championship support bill in Ginetta Juniors with the Meridian team, who will now switch with Mills to Formula Ford for the next round at Snetterton with hopes of adding a second car before the year is out.

?I have been following Formula Ford all this season and it?s really good,” said Mills. “I like the whole concept, especially the speed. It?s not too expensive, either. We have looked at other championships which are supposed to be affordable, but prices keep on going up and up. This season my target is to progress, to learn as much as I can so that I can go for the championship in 2014.?

Meridian’s Paul Abercrombie said: ?We have long had good links with karting, but in the past we have lost some good drivers because we did not have a single-seater progression to offer them. We have strong links with the BTCC package so it made sense for us to go for Formula Ford.

“The plan is to bring more juniors on from karting and into single-seaters as a development step and Connor will be the first driver to benefit. It?s his first experience of a single-seater so we are not putting too much pressure on him. He?s very young and very good, an exceptional driver, which is why he was selected to be part of the young driver development programme run by the Arden GP2/GP3 team.

“We hope to end the season with two cars in the team, and continue into next season. It will be a learning experience for the team also, even though we have engineers and mechanics who have single-seater experience from other series.”

Ghiotto triumphs at Monza as Bonifacio and Fuoco collide

Cassidy gets EuroInternational seat for Norisring