Connor Jupp to do BRDC F4 Winter Championship with Mectech 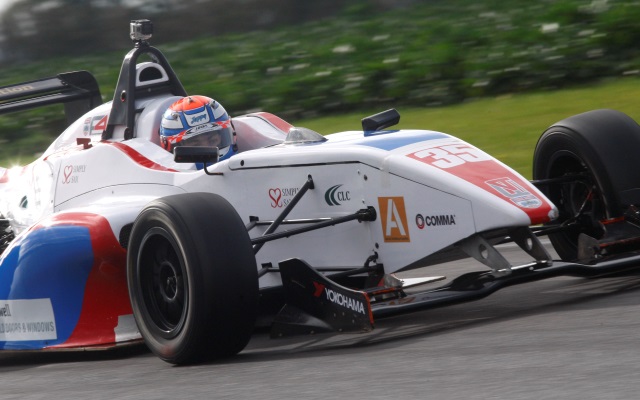 Mectech announced in August their intentions to join the BRDC F4 grid for their expansion into single-seaters, having previously enjoyed success in Radical sportscars.

Their debut will come in the eight-race Winter Championship, which consists of meetings at Snetterton on 8-9 November and Brands Hatch on 22-23 November.

The first driver signed to what is a planned two-car effort is Jupp, who switched from Formula Ford to BRDC F4 with the Meridian Motorsport team for the second half of the season and scored a best finish of seventh place. He was previously a successful karter, finishing seventh in the CIK-FIA KF3 European Championship in 2012.

“I really enjoyed competing in BRDC F4 this year and have been very pleased with my development,” said the 17-year-old.

“The Winter Championship is going to be very competitive, but I?m confident that with Mectech I can go on to take my first podium finishes in my car racing career. Mectech have demonstrated how competitive they are with their success in sports cars, and I?m sure they can further assist with my development.”

Team Principal Mike Smith added: ?It?s great to welcome Connor to the team and we?re feeling very confident ahead of the BRDC F4 Winter Championship. Connor has demonstrated really strong potential in the four rounds he has competed in and we?re delighted he?s chosen to race with us for the Winter Championship. We?re hoping for regular podium finishes.?