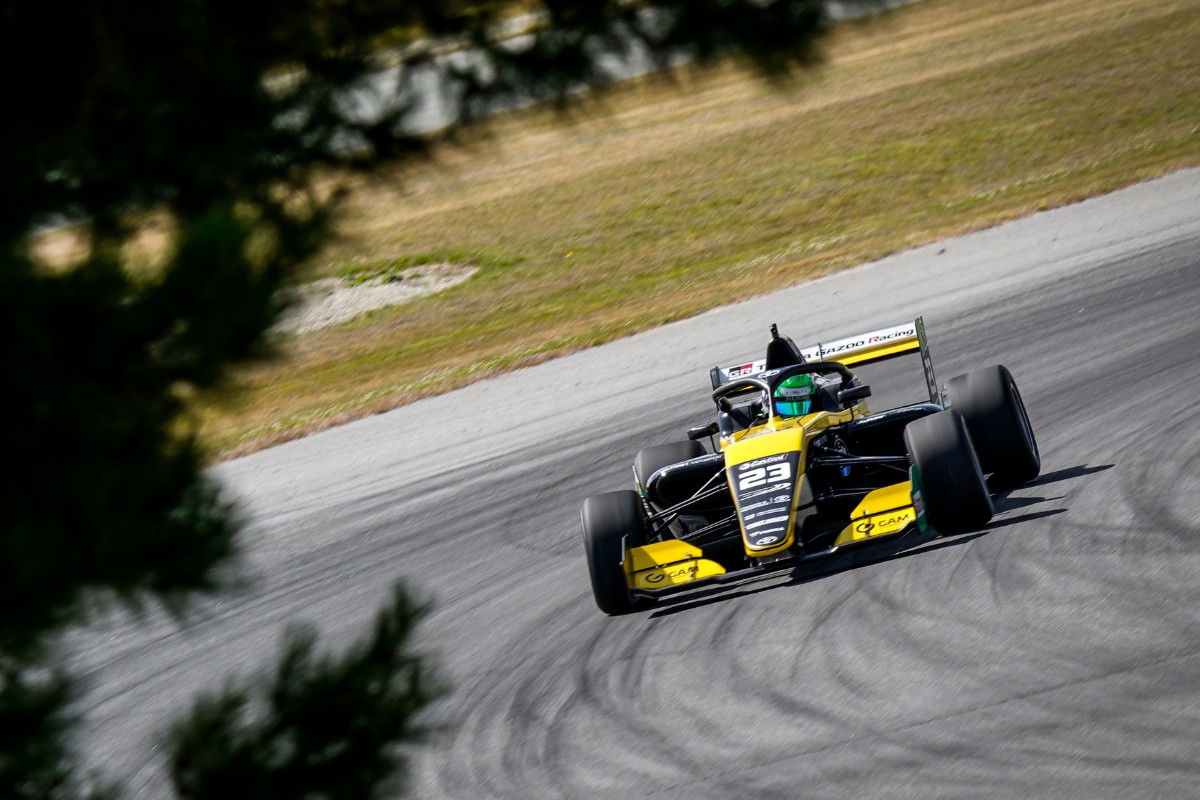 The Renault junior started the race from pole, and disputed the lead early on with reigning champion Lawson.

After a few laps, Collet started to pull clear of Lawson but then had his advantage wiped by a late safety car period caused by Henning Enqvist losing control of his car at the corner after The Bridge.

Once the safety car had returned to pitlane, there was one lap left of the race. Collet nailed his restart to keep just ahead of Lawson, who remained stuck to his gearbox throughout the lap.

Two mistakes on corner entries by the leader wasn’t enough for Lawson to attempt an overtake, and the pair finished the race 0.262 seconds apart.

The win was MTEC Motorsport’s first since 2012, when it had yet to merge with ETEC Motorsport. It also marked the first race of the team’s alliance with Formula Renault Eurocup squad R-ace GP.

Igor Fraga had a safe run to third to make it two M2 Competition cars on the podium, while Giles Motorsport’s Lirim Zendeli held on to fourth after losing a place early on.

His team-mate Gregoire Saucy was a fast starter and finished close behind in fifth, with Lawson’s M2 team-mate and fellow Red Bull junior Yuki Tsunoda finishing his series debut in sixth.

There were close battles further down the order, fronted by Kiwi Motorsport’s Franco Colapinto and M2’s Ido Cohen, who finished ninth and 10th. The latter had had his qualifying session ruined by a suspension issue.

Jose Blanco-Chock ended his race early on, while his Kiwi team-mate Amaury Cordeel was unable to take his place on the grid.