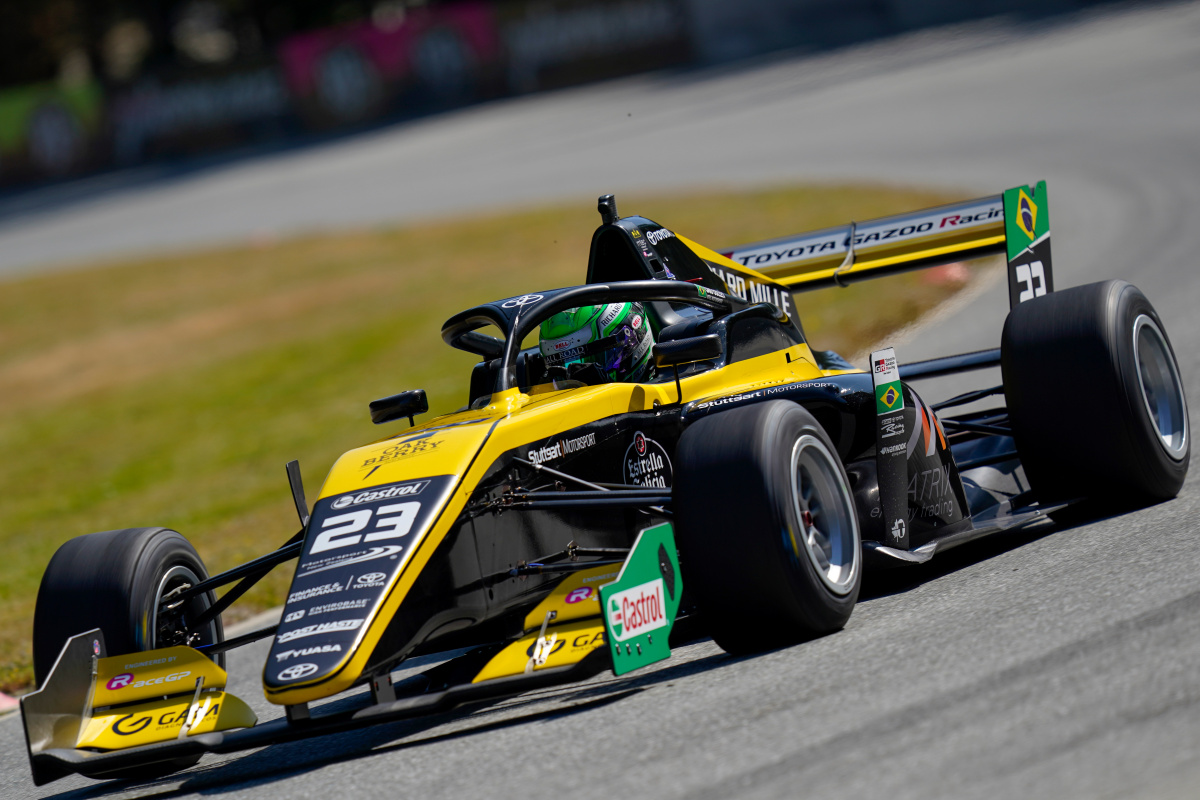 Renault junior Caio Collet will start the season-opening Toyota Racing Series race from pole at Highlands Motorsport Park, despite not improving on his final lap.

Collet spent much of the 15-minute session lurking towards the top of the times, before overhauling reigning series champion Liam Lawson with three minutes to spare.

After a slow preparation lap, followed by a fast one that was not quite as fast as his session-best 1m28.105s, Collet was able to hold onto the top spot.

M2 Competition?s Lawson came close with his final run but fell just shy by 0.069s. This marks the first pole for MTEC – which has a new engineering partnerhsip with Collet’s Formula Renault Eurocup squad R-ace GP – since 2015.

Lirim Zendeli was almost half a second shy of the frontrunners by the finish after the Giles Motorsport runner was top of the timesheets towards the middle of the session.

Honda protege Yuki Tsunoda had a somewhat anonymous run to sixth, ahead of the top Kiwi Motorsport driver Franco Colapinto.

Petr Ptacek, Jackson Walls and Oliver Rasmussen round out the top 10.

Three competitors failed to set a time. Amaury Cordeel and Jose Blanco-Chock missed out after a big practice crash on Friday, while Lucas Petersson had an incident early in the session.