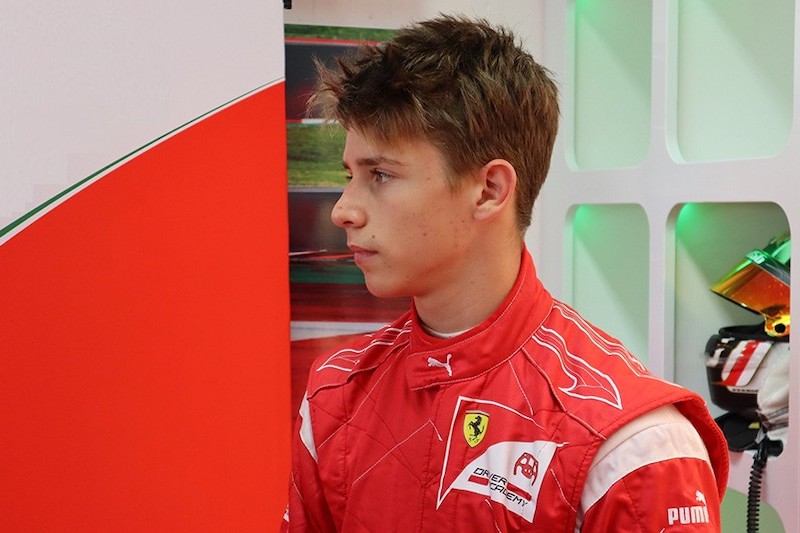 Arthur Leclerc, younger brother of Ferrari Formula 1 driver Charles, will step up to Formula Regional European Championship with Prema this year as a Ferrari junior.

The Monegasque talent has been a Venturi Formula E junior in his two years in single-seaters, and raced for the Sauber Junior Team in his race-winning ADAC Formula 4 campaign last year.

His sole 2019 win came on the F1 support bill at the German Grand Prix, but he also appeared at FE races in his role as test driver.

During the winter break he has tested in the Formula Renault Eurocup and Formula Regional, and has decided on the latter for 2020.

?I am really happy to announce that I will drive in Formula Regional with one of the best teams in junior series,” said Leclerc.

“I did my very first test in single-seaters with Prema two years ago and I have always dreamed to race with them.

“This great opportunity comes with another big chance for me, as I am proud to announce that I am joining the Ferrari Driver Academy.

“I am very grateful for the support and the trust given to me. I cannot wait to be back in the racing seat!?

Leclerc is one of two Ferrari juniors in Prema’s FREC line-up, with Italian F4 runner-up Gianluca Petecof also making the move up.

Another addition to the Ferrari Driver Academy is Swedish karting graduate Dino Beganovic.

The 15-year-old Swede will move up to single-seaters with Prema in Italian F4 after winning the Swedish and Italian karting titles last year, and taking second in the WSK Euro Series.

“This is an amazing opportunity,” said Beganovic, who will also contest selected ADAC F4 events.

“I can?t thank the Ferrari Driver Academy enough for putting their trust in me, and I really couldn’t have asked for a better team behind me than Prema.

“I?m sure there will be a lot to learn, but I?ve felt at home in the F4 car from the start and I have the best people possible around me.”

The FDA has retained all seven of its 2019 members, bringing its total number of drivers to nine.

“All our drivers taking part in F3, Formula Regional and F4 are rookies in their respective categories, so the season looks like being very interesting and competitive.

“In each case, the FDA?s objectives are to continue to help them progress both technically and as individuals, in their path towards reaching our common goals.?