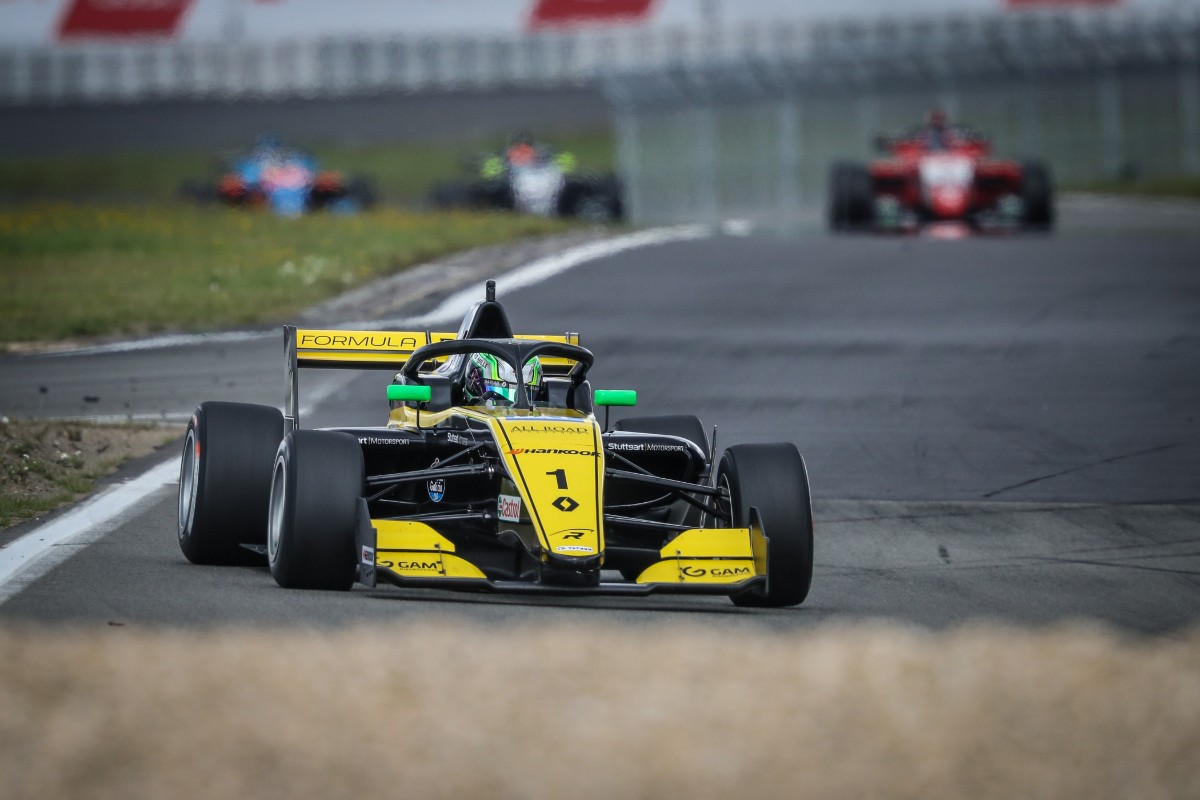 Caio Collet edged title rival Victor Martins to top spot in Formula Renault Eurocup free practice at Magny-Cours, which is returning to the series for the first time since 2010.

ART Grand Prix driver Martins was convincingly fastest in the first session on Thursday, heading Bhaitech’s Lorenzo Colombo and R-ace GP’s Collet by a third of a second.

Collet struck back on a gripper track in the second session, bettering Martins’ earlier benchmark by 0.030 seconds.

Martins didn’t improve, while star rookies David Vidales (JD Motorsport) and Franco Colapinto (MP Motorsport) set identical laptimes to jump up to third and fourth in the combined classification from the two sessions.

Arden’s Alex Quinn also made a large gain in the second session and moved into fifth overall ahead of Colombo.

After a troublesome pre-event test, FA Racing by Manor’s Tijmen van der Helm only managed a few laps in FP1 and then sat out FP2 entirely, leaving him over five seconds off the pace.