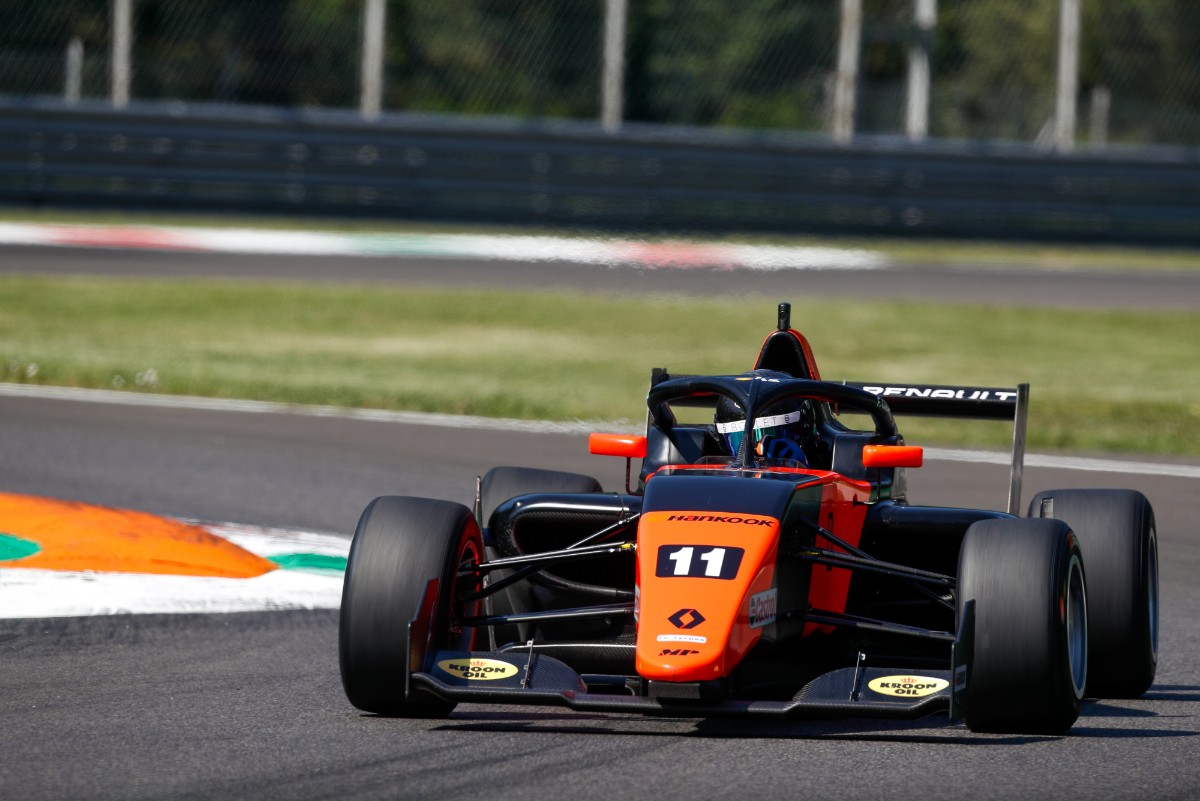 MP Motorsport’s Franco Colapinto topped the times in free practice for the first round of the 2020 Formula Renault Eurocup season at Monza.

The reigning Spanish Formula 4 champion was a late call up for the season, but got up to pace quickly.

After an impressive run in the pre-event test, Colapinto topped the first free practice session in Monza with a 1m47.187s lap, almost half a second quicker than team-mate Hadrien David.

The Argeninian couldn’t quite find the same pace during the second session. He topped the order early on but fell down the standings as others found improvements. However, his morning lap time wouldn’t be beaten.

Tijmen van der Helm spent most of the first practice session in the pits. It wasn’t until the second half of the 50-minute session that the FA Racing driver ventured onto the track. Despite the delay, he quickly got on pace and ended the session fourth fastest with a time that would put him sixth overall.

Alex Quinn was the best placed Arden car, his FP2 time putting him seventh ahead of Lorenzo Colombo, Joey Alders, and Caio Collet.