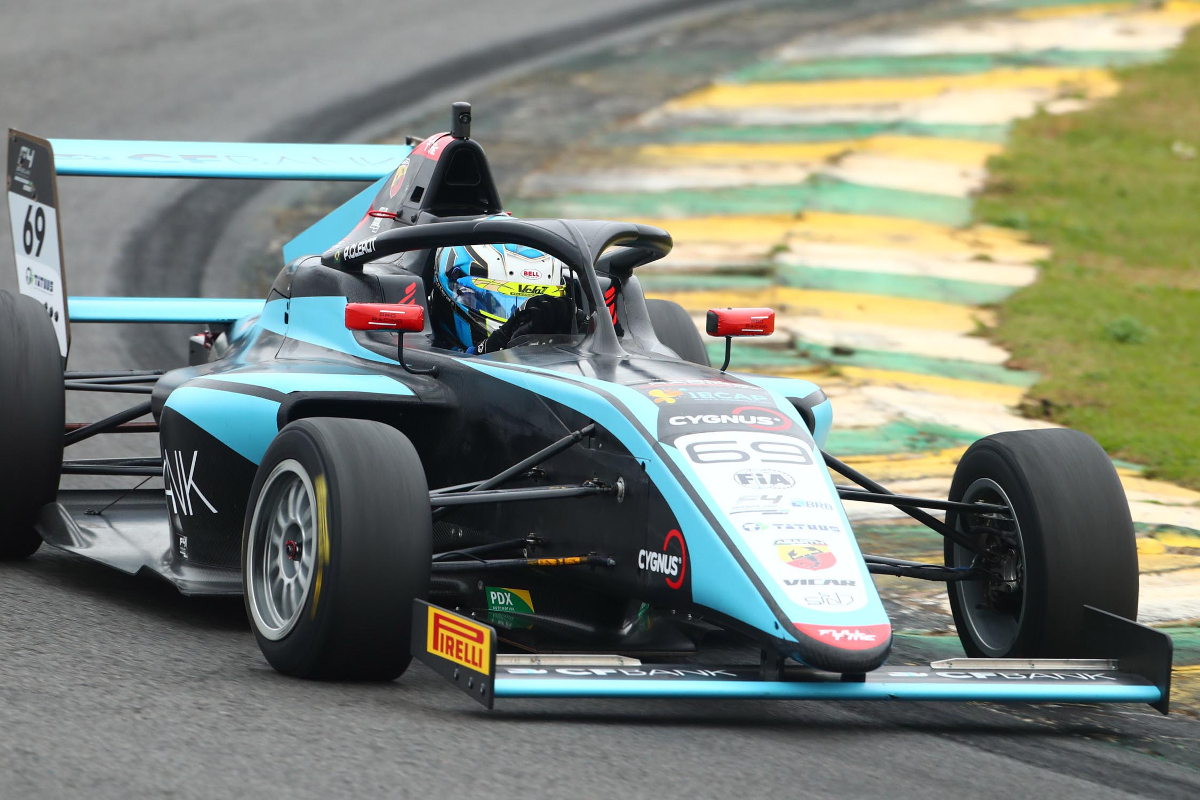 The inaugural Brazilian Formula 4 season reached its halfway point with a second visit to Interlagos in two weeks, and Pedro Clerot, Fernando Barrichello and Lucas Staico shared the wins.

Although the venue was the same as last week, the outcome was quite different as the 16 cars were reshuffled. Pedro Clerot is still the name to beat, as he claimed race one victory from pole, leading all the laps and setting the fastest lap. But there were two new winners too in Rubens Barrichello’s youngest son Fernando and Staico.

Race one’s podium was completed by Nicolas Giaffone and Vinicius Tessaro. But Giaffone’s car was disqualified after a post-race inspection, which promoted Tessaro to P2 and TMG Racing’s Nicholas Monteiro to the final podium spot.

Ricardo Gracia starting from pole in race two, with Full Time Sports team-mate Barrichello alongside. Barrichello claimed the lead at the start and led to the end, resisting a late race charge from the young Alvaro Cho. Monteiro was third again, with Clerot and Tessaro completing the top five.

Race three on Sunday had Monteiro starting from pole, ahead of Clerot, having been the fastest driver in qualifying. Monteiro led every lap of the race apart from the last, as Lucas Staico overtook him on the main straight and then Clerot surprised him on the back straight to demote him to third.

Over the weekend Clerot extended his points lead over Staico, with Tessaro now up to third in the standings and Monteiro fourth. Three of the four teams and five different drivers have won during the first three rounds, with five-time winner Clerot the only driver to have topped the podium more than once.

At its halfway point, Brazilian F4 has three out of its four teams winning races, with five different winners. A five time race-winner Clerot is the only one who has done it more than once. The next round is at Autodromo Velo Citta on September 2-4.