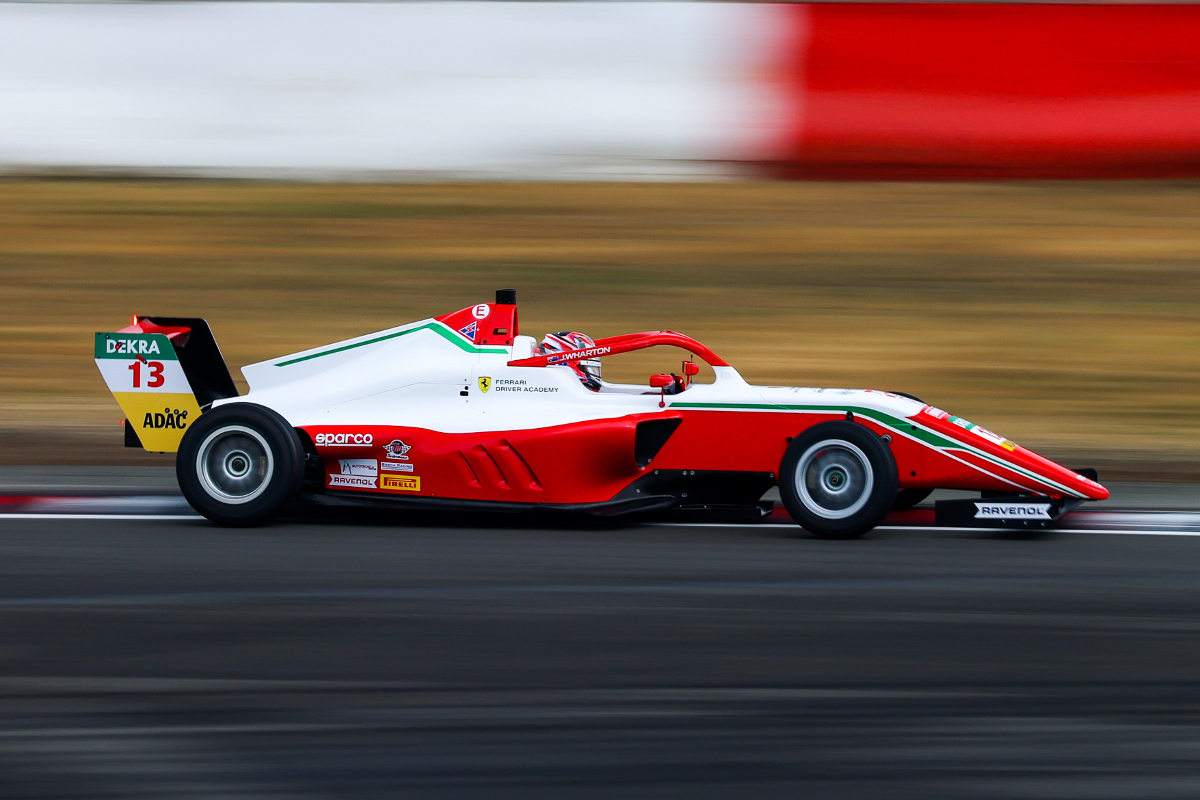 Jenzer Motorsport’s Rasmus Joutsimies started on pole, and defended off the line to keep his lead.

He had a fleet of Prema drivers behind him, and it was Wharton who would come through – from fourth on the grid – to demote him to second.

Conrad Laursen then followed after Joutsimies cut the final chicane while trying to hold on to position, and then PHM Racing’s Taylor Barnard and Prema’s Andrea Kimi Antonelli did too.

Antonelli spent much of the racing trying to find a way past Barnard, and eventually he made a diving move down the inside at turn one for third place. Although it was not investigated, Antonelli then conceded the place back to Barnard and didn’t have enough time to reclaim it again.

Jenzer’s Samir Ben got into trouble again, this time copping a drive-through penalty that was converted into a 30s penalty post-race and dropped him from 11th to 12th in the results.