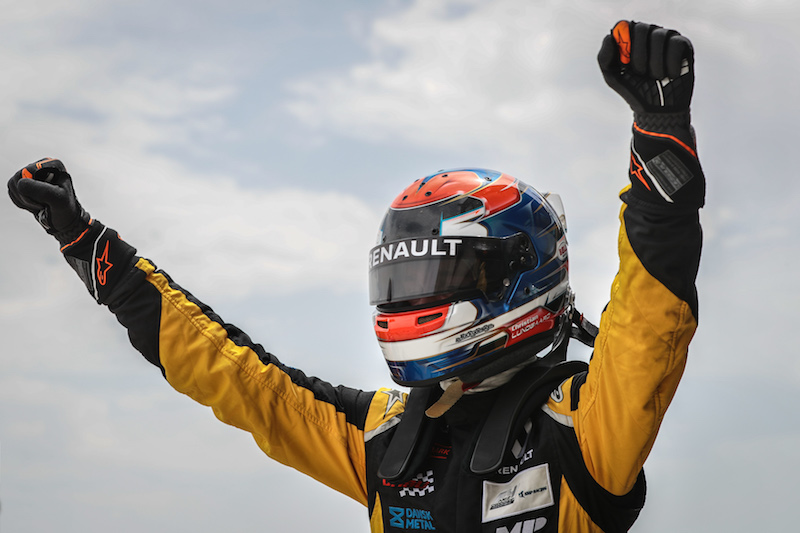 Christian Lundgaard claimed the 2017 Spanish Formula 4 championship with victory in the final race of the season at Estoril.

Lundgaard qualified third, behind Bent Viscaal and his main rival Alexander Smolyar, but Smolyar was handed a 10 place grid penalty and sent to the back row of the grid.

A fuel problem for Viscaal meant Lundgaard?s team-mate couldn?t make it to the grid, promoting the points leader to the front of the field even before the start of the race.

He remained unchallenged throughout the race, eventually finishing more than three seconds ahead of Javier Gonzalez, who bounced back after a difficult Saturday.

Smolyar took another blow to any championship hopes when he ran wide on the opening lap. Having started from the penultimate spot on the grid, Smolyar dropped behind Jakes Caouette, and it took a number of laps for the SMP Racing driver to catch back up.

He eventually picked his way up to ninth and was flying in the closing stages of the race, but couldn?t close in on Marta Garcia ahead of him.

After a lightning start from sixth on the grid, Volegov was running fourth and keeping the pressure on Lukas Dunner ahead. After a handful of laps following Dunner, Volegov found a way past the MP Motorsport man to take third. Dunner couldn?t fight back and pitted to retire the following lap.

The retirement cost Dunner two positions in the tight championship fight. He ends the season eighth overall, behind Gullem Pujeu and Tumas Haapalainen.

Volegov?s next target was Gonzalez who was around 1.5s ahead. He managed to close the gap a little in the closing stages of the race, but ran out of time before he was in a position to make a move for second.

Pujeu and Haapalainen finished fourth and fifth, ahead of Konsta Lappalainen and Marta Garcia.

Jesse Salmenautio finished 10th to take his first point of the season.