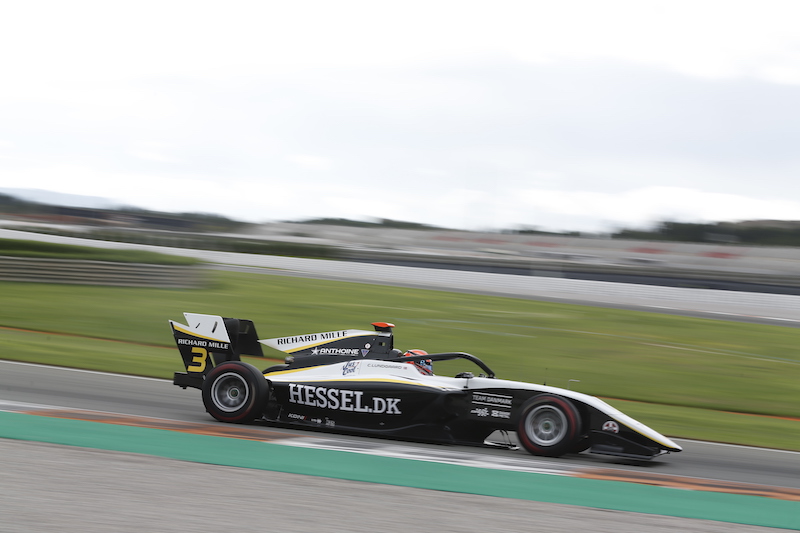 Lundgaard finished in sixth place with the French outfit in this year’s championship, with the highlight being a race one win in Hungary.

The 18-year-old Danish driver, who will drive for ART at next months’ Macau Grand Prix, posted a 1m21.370s with just minutes to go in the afternoon session.

His time was over 12 seconds quicker than the fastest time set during a wet morning session by Lirim Zendeli.

Zendeli, whose campaign with the Sauber Junior Team ended with the 2018 ADAC Formula 4 champion withdrawing from the final round of the season over a contract dispute, lined up with Jenzer for the test.

Sebastian Fernandez, who twinned an FIA F3 campaign with Campos with a Formula Renault Eurocup part-season, was second fastest overall for ART as the team tested with its full Macau line-up.

Testing for the Sauber Junior Team, Alexander Smolyar was the best debutant in both sessions. He shone in the wet morning session with the second-best time, and later posted the third-fastest time of the day at the end of the afternoon. He ended up just over two-tenths adrift of his former Spanish F4 title rival Lundgaard.

After also leading during the afternoon, Zendeli was eventually shuffled down to fourth. Alessio Lorandi, who caused the only red flag of the day when he stopped on track, was fifth for Trident ahead of his return to racing in November’s Macau Grand Prix.

Dan Ticktum was ninth with Carlin as he begins preparations for his attempt at becoming the first man to win Macau on three-consecutive occasions.

Logan Sargeant rounded out the top 10 as the highest-placed Prema driver.