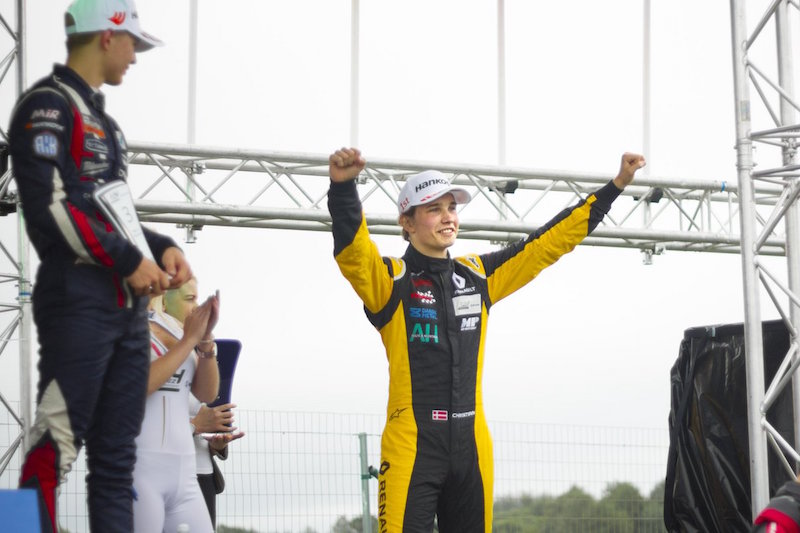 Lundgaard’s chief rival Xavier Lloveras qualified on pole but the Dane passed the Spaniard around the outside during the first lap of the opening race and pulled away to win by 4.255 seconds.

In race two, Lloveras managed to cling onto the lead through the first lap, but Lundgaard again drove around his outside at the end of the second lap, with Volegov this time following him through.

Lundgaard was 1.5s ahead when the safety car intervened with five minutes remaining after a crash for Mikhael Belov, and held on in the single lap of racing after the restart.

Juuso Puhakka charged through to third in race one from eighth on the grid, taking the final podium place from Nikita Volegov with 15 minutes of the race still remaining.

Volegov immediately came under attack from numerous angles but managed to keep hold of fourth, in front of Tuomas Haapalainen, Alexander Smolyar and Vladimir Tziortzis, who held off Smolyar and Puhakka for P4 in race two.