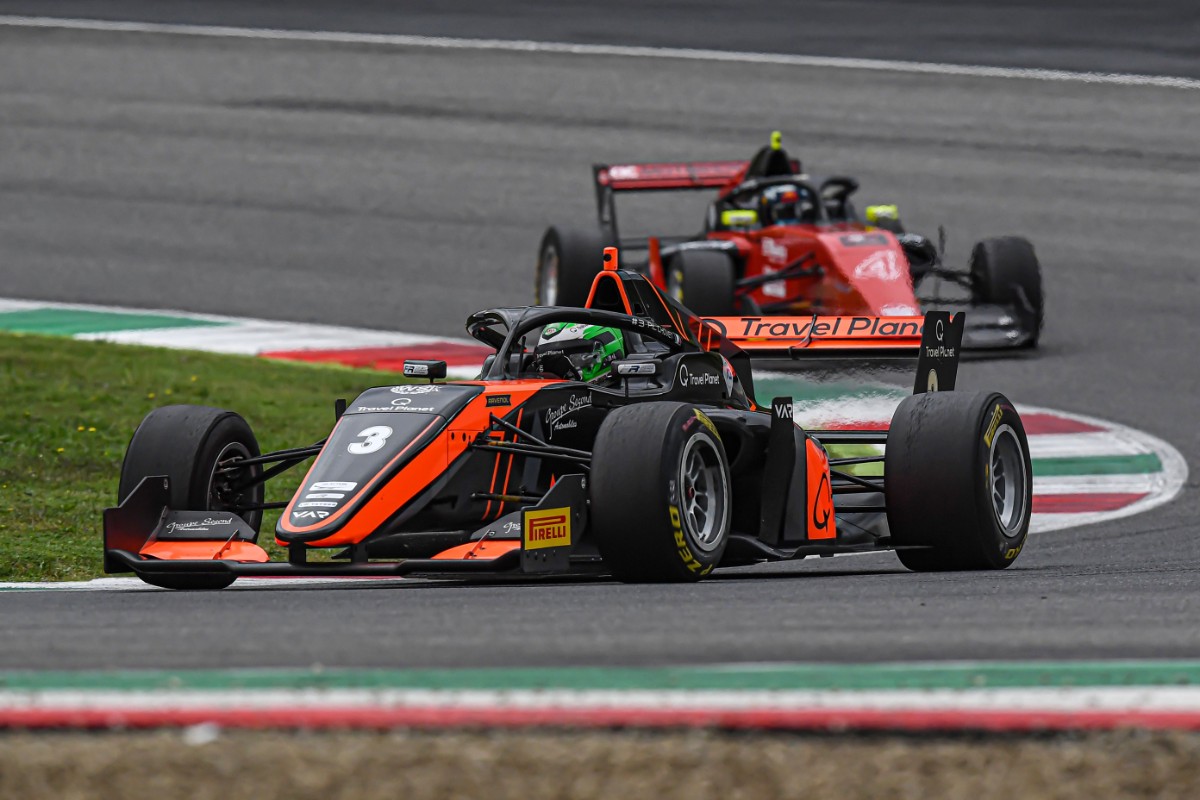 The Frenchman picked up VAR’s first win and pole at the Catalan circuit, after Patrik Pasma earned KIC Motorsport’s first wins at Monza – the first non-Prema victories since 2019.

Chovet tested with Prema before joining VAR, where Alessandro Famularo was also supposed to race. His season started without a team-mate though, and driver coach Facu Regalia drove at Paul Ricard before Famularo debuted and then left again, with Red Bull junior Dennis Hauger joining for Barcelona.

“After the lockdown period we all faced, we saw from the beginning of the championship that two groups were competing. We all started quite far from the top team,” Chovet told Formula Scout.

“For sure, not always having a team-mate besides me wasn’t the best thing, but we worked a lot with my team to keep the momentum and continue to improve all along the year.

“We were unfortunately not the only ones that had to change the line-up during the year, KIC Motorsport did it many times too, and I think from a driver point-of-view we need to deal with it as we have no influence on our team-mate, and this for many years and categories.

“Thanks to this environment of being sometimes alone in the team, we worked a lot by my side, and we were already fighting for a win thanks to an offensive strategy in Mugello.”

In rainy conditions, Chovet had a substantial lead in that race before the safety car wiped out his advantage and Arthur Leclerc – who at one point was almost lapped – came through to win.

“We saw after half of the season, that in Monza that everyone was in the battle for a pole and a win, the top four drivers within one tenth in Q2, without the usual big dominance of the top team. We already could achieve our first pole and win there, but we didn’t put everything together while KIC and Pasma did.

“We were entering in a new phase of the championship, ended by a first pole and a first victory for the team and myself at Barcelona last weekend.”

Clutch failure ended Chovet’s chances from pole in Barcelona race one, but he then dominated race three.

“I would say that it was a really positive season looking back to the beginning of the year. I agree that it was a special, challenging and difficult season, but who didn’t face a hard one?”

Chovet is targeting a full-time move to FIA Formula 3 Championship, having contested two rounds this year.

“We can see for two years that the visibility of the different European level championships has not been very efficient, and that’s for me a top decision to reunite Formula Renault and FREC for next year, to make the real European championship.”