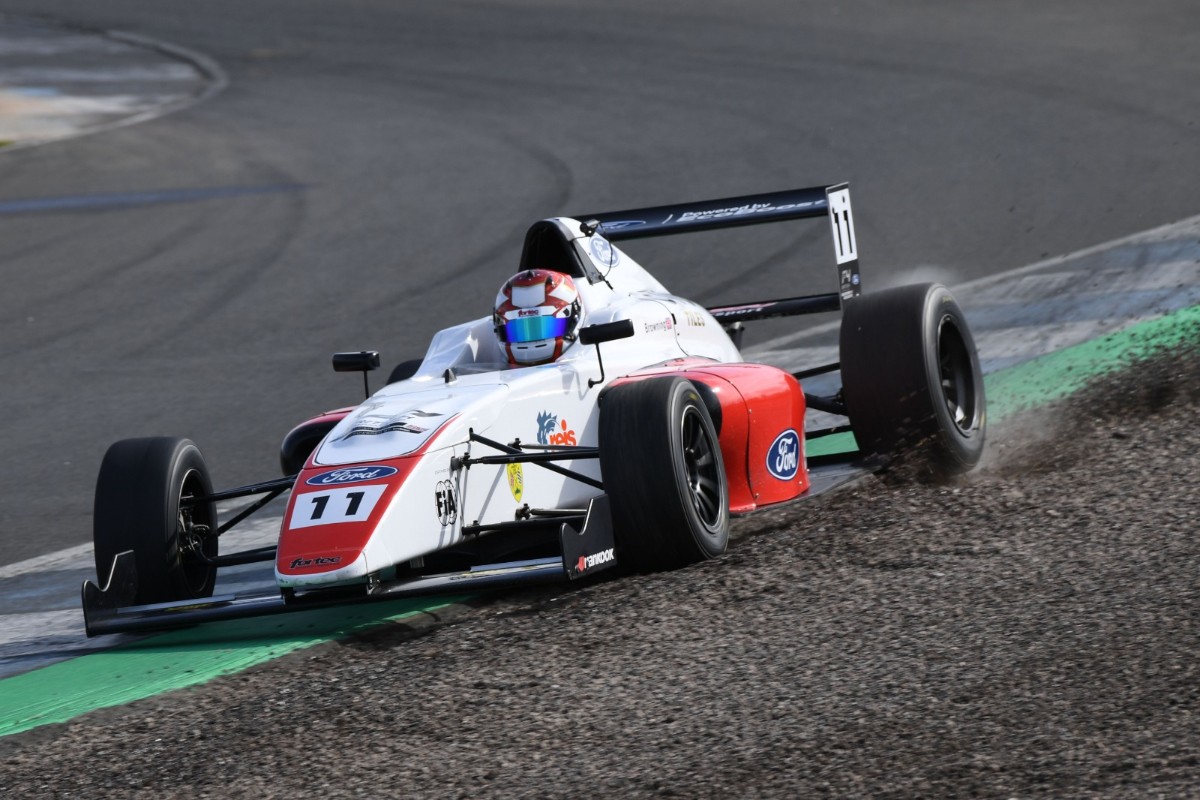 Luke Browning edged his title rivals in the pre-event test for the British Formula 4 season finale at Brands Hatch.

There were two sessions on the circuit’s Indy layout on Wednesday, and the day started with Arden’s Alex Connor setting the pace by 0.039 seconds.

Zak O’Sullivan, the points leader over Browning on wins countback, was the closest to Connor, with Roman Bilinski putting the second of Arden’s cars third on the timesheet.

The entry list was boosted by three test-only drivers from the karting scene. McKenzy Cresswell was driving for JHR Developments, Australia’s Marcos Flack – who was evaluated by the Ferrari Driver Academy last month – joined Argenti Motorsport and Dougie Bolger was in a fourth car for Carlin as he aims to graduate to F4 with the team next year.

Flack ended up being the quickest of the three, 0.419s off the test-topping laptime set by Fortec Motorsports’ Browning in the afternoon session.

Argenti’s Casper Stevenson, who is also in title contention, was 0.004s slower than Browning and set his best effort at the very end of his final run on track. O’Sullivan improved on his morning lap in third place, only 0.036s behind Browning, and Connor was fourth quickest based off his lap from the first session.