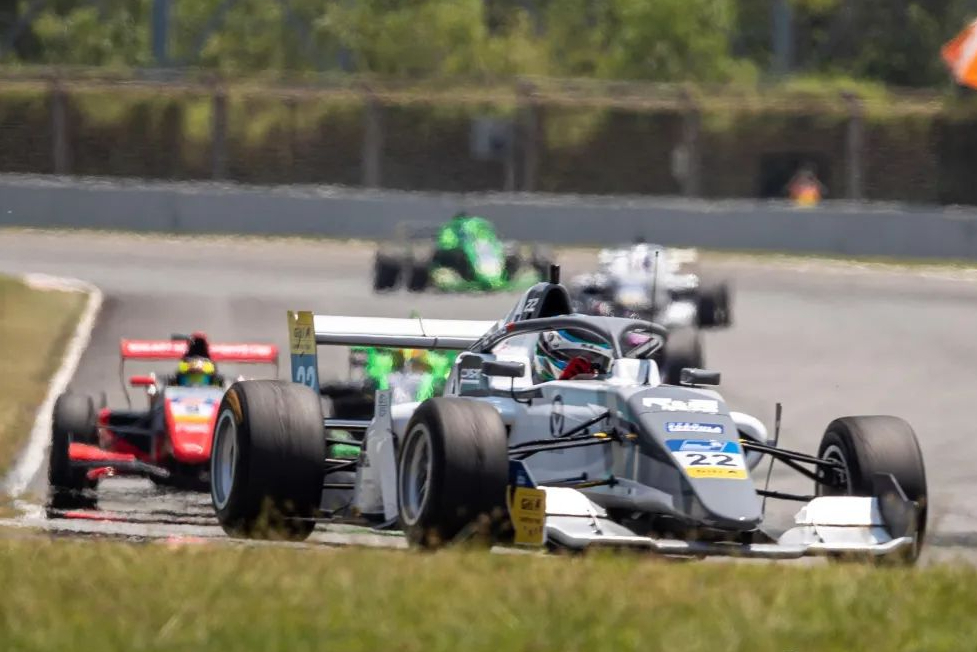 The FRegional cars the team ran there will now be campaigned in FRMEC, with Cenyu Han, Giovanni Maschio and Zhongwei Wang at the wheel.

Chinese teenager Han has just been signed by Fernando Alonso’s driver management firm A14 Management, and did half a FRegional European Championship season this year.

He spent the previous two years racing mainly in Italian F4. He made his debut at the start of the 2020 season with AKM Motorsport, having competed in karting with sister team Kart Republic under the banner of Nico Rosberg’s academy.

He then moved to Van Amersfoort Racing and remained with the Dutch outfit into 2021. He achieved a best finish of sixth in Italian F4 and took a podium in Germany’s ADAC series. His campaign was cut short by visa problems.

Maschio stepped up from senior karting to race in Italian F4 this year, contesting all but one round of his home championship. Post-season he has been doing testing with other F4 teams and in FRegional machinery.

Wang meanwhile came 17th in Chinese F4 in 2021, then drove for R&B in the FOC round at Zhuhai.

He came second overall and first in the Masters classification in FOC’s inaugural race. A strong qualifying performance to make the front row for race two was undone by a bad start and then later in the race he had a collision that sent him into retirement.