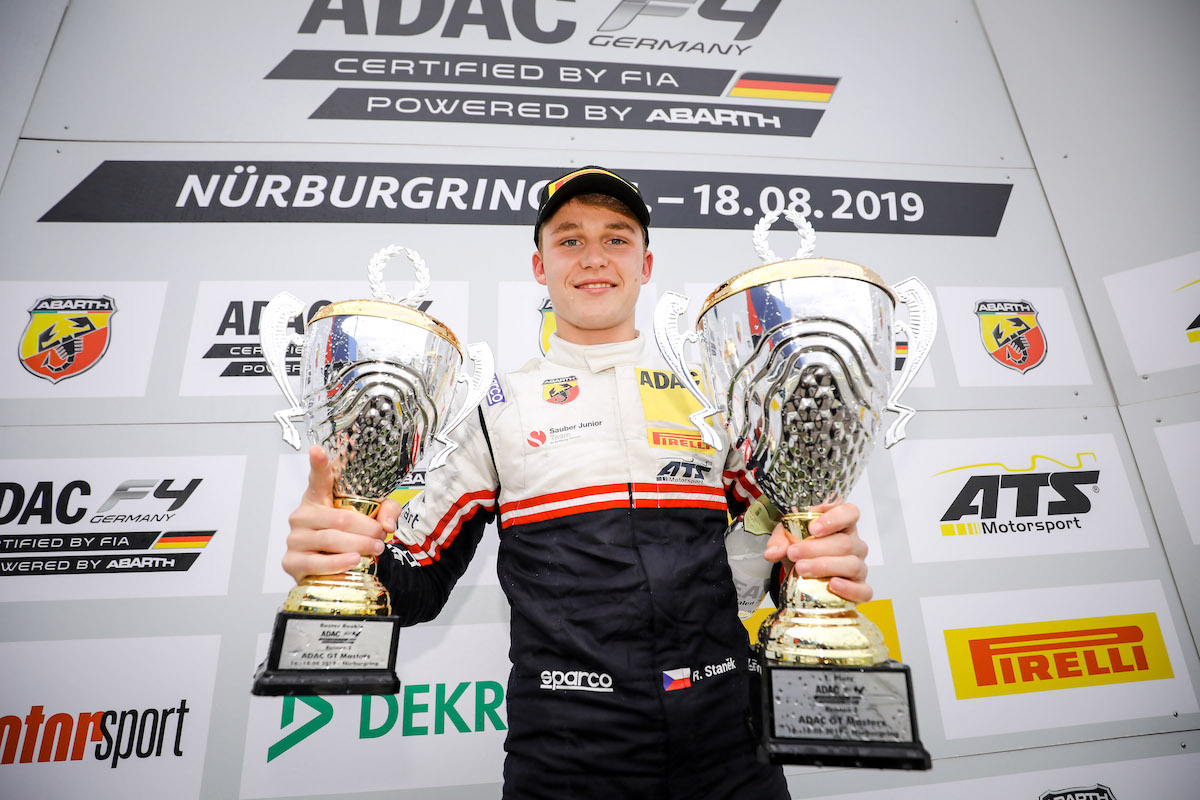 Antonin Charouz says it would have been “a waste” for Roman Stanek not to race in FIA Formula 3, having confirmed the 16-year-old will compete for his team in the series this season.

Stanek is a late addition to the FIA F3 grid for this weekend’s opening round at the Red Bull Ring, joining fellow rookies David Schumacher and Igor Fraga in the Charouz line-up and replacing Niko Kari.

He raced for the Charouz-assisted US Racing team during an impressive maiden season of single-seater racing in 2019, winning three races across the German and Italian Formula 4 series.

“Yes, we will give Roman a chance,” said team boss Charouz.

“We sense that he is very talented and it would be a waste for him to drive anywhere else.

“I know, it’s an unusual step, to put Roman into the Formula 3 car after only one year in the junior series. On the other hand, it is not the first time.

“Previous young drivers received a similar chance already and they used it wisely. We all know that Roman has ‘it’. He knows what to do, so there is no reason for him to not make it in F3.”

Stanek had been due to step up to the Formula Regional European Championship this year with the dominant Prema team, but split with the squad last month and was replaced by Jamie Chadwick.

“If I was told that I was going to race in Formula 3 this year, I would not believe it, of course,” said Stanek, who will be the youngest driver on the grid.

“But you have to seize these chances, so I am very well prepared to learn and fight.

“I want to race in Formula 1, so Formula 3 is the next logical step.”

Charouz has not commented on the absence of Kari, who is believed to have travelled to Austria ready for this weekend’s races before learning that his contract had been terminated.

“The situation right now is confusing,” Kari said in a statement issued to the Finnish press on Thursday.

“I had a valid driver’s contract for the entire season and I had carefully prepared for the start of the season. We don’t know yet what’s to come, but I’m sure I’m not on the grid this weekend.

“Even if the situation with the team becomes clearer, even a single missed race means the loss of a championship or medal chance, as all results are counted towards the final points.

“A driver’s contract terminated two days before the start of the season is a challenging situation for my career.”

Former Red Bull junior Kari was due to begin his fifth season at F3/GP3 level. He finished 12th in last year’s standings with Trident.