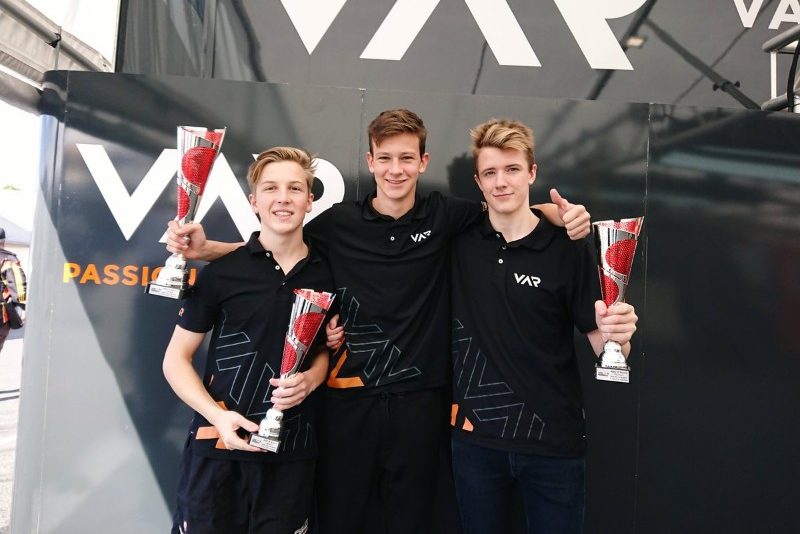 US Racing driver Zendeli briefly snatched the race lead from pole sitter Liam Lawson off the line, only for VAR driver Lawson to bounce back and retake the position before the second corner. The pair ran nose to tail before Zendeli reclaimed the lead the following lap and set about breaking the tow to Lawson.

While Zendeli built a small gap to Lawson, he was under investigation for being in an incorrect grid position. He had pulled a few seconds away when he was given the call to come into the pits for a drive-through penalty, dropping him out of the top 10.

Back in the lead, Lawson had a small gap back to team-mate Weerts, but Weerts quickly closed onto the back of his team-mate. In just a handful of laps, he reduced a gap of over a second to nothing and swept past Lawson. Lawson tried to come back, but had to settle for second.

Weerts was able to pull away from Lawson in the closing stages of the race to finish almost four seconds ahead, while Lawson fought to keep Frederik Vesti behind him.

Zendeli’s team-mate Mick Wishofer finished fourth, ahead of Prema’s Enzo Fittipaldi, who had spent the second half of the race battling with David Schumacher. The pair ran side by side on a number of occasions and twice Schumacher was able to find a way through before outbraking himself, running wide, and allowing Fittipaldi to reclaim the position. He was still on the Prema driver?s tail when they crossed the line, just two tenths of a second separating them.

After serving his penalty, Zendeli kept his head down to climb back up through the order. He managed to reach Niklas Krutten in eighth and was trying to find a way through when the Mucke Motorsport driver pushed him wide. Zendeli was able to continue, and Krutten was handed his own drive-through penalty for forcing another driver off the track.

Zendelli finished seventh, ahead of team-mate Petr Ptacek, making his first appearance of the year, and VAR’s Joey Alders.

After a difficult start to the race, Olli Caldwell was promoted to 10th after Krutten?s penalty was served. Prema team-mate and French F4 leader Caio Collet came two laps down on his championship debut.