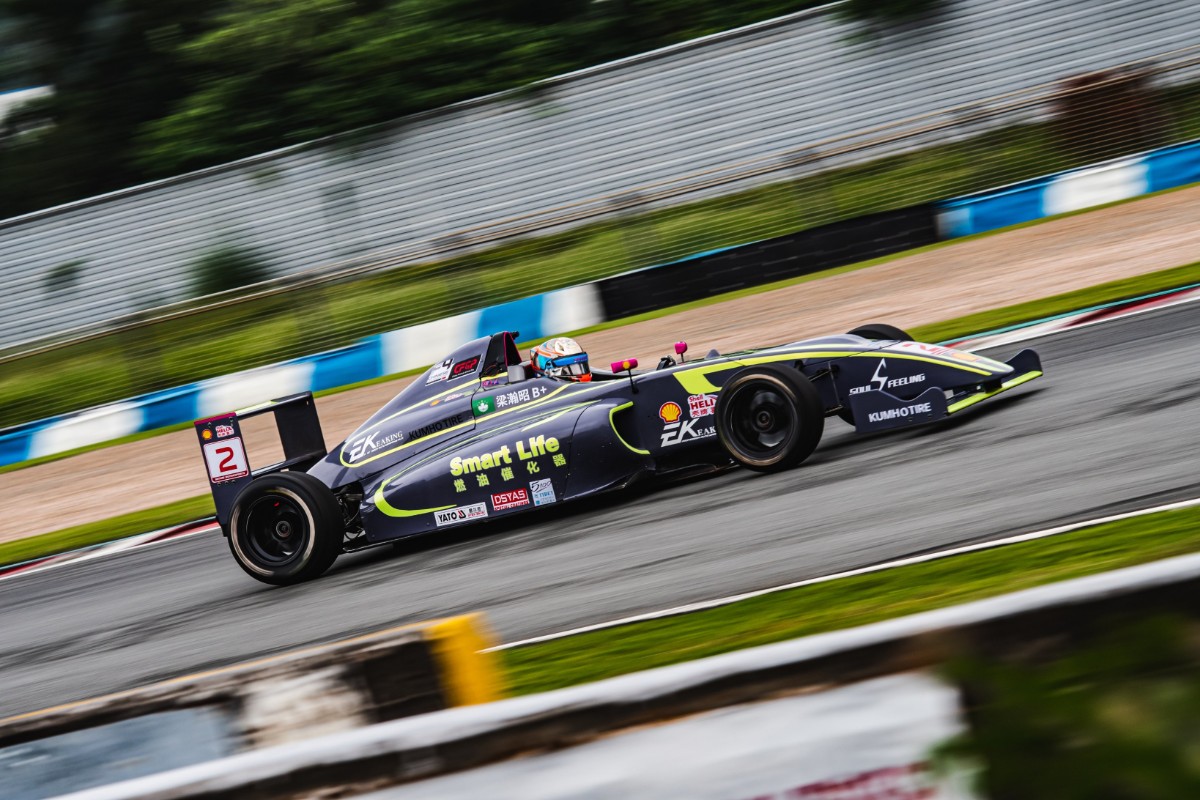 Charles Leong took two wins on his racing return in Chinese Formula 4’s second round of the season at Zhuhai.

The FIA Formula 3-experienced Macanese talent, racing in F4 as preparation for his home grand prix next month, took pole by almost a quarter of a second for Smart Life Racing over Stephen Hong.

Leong had to defend very hard at the start of race one to prevent Steven Siling Bei and Hong from getting past, and Hong hassled the leader through lap one.

A big crash for Bei brought out the safety car and ensured Hong was still stuck to Leong’s gearbox at the end of the race, and Leong’s defense was just as aggressive on the last lap.

Ex-FIA European F3 driver Andy Chang started on pole for the reversed grid second race, with guesting touring car racer Neric Wei alongside him on the front row and Leong down in eighth.

On lap one Leong actually dropped a spot, as Pang Changyuan and Yucheng Zeng collided and the safety car was called out. Tao Cheng snatched the lead, ahead of Chang and Yuanjie Zhu, while He lost places.

Chang worked his way back into the lead at the restart, but then went off track. That proved a blessing in disguise, as the concertina effect behind actually left him with a two-second lead.

Leong had got back up to sixth, and on the next lap he took fifth at Turn 2, fourth into the Turn 4/5 segment and third on the way out as Zhu got loose, them snatched second from Cheng at the second hairpin.

Cheng started losing more spots, while Wei crashed out a high-speed and Chang extended his lead to four seconds.

At Turn 1 the next time around, the battle behind went five-wide. They filtered through, with Hong emerging in third and Li claimed fourth.

Attempt two at battling through Turn 1 didn’t work, instigated by He going for inside then moved back over to the racing line, squeezing Cheng into Gao and resulting Cheng then knocking Zhu and the hapless Gao ploughing into Jing Zefeng.

The resultant safety car brought Leong onto leader Chang, who went off on the restart lap and dropped behind Leong and Hong.

There was still no progress up the order for He, until Chang rear-ended and spun Hong when trying to reclaim second on the penultimate lap. That handed He third, and a 10-second penalty for Li ahead meant second place and full points due to 2017 champion Leong’s guest status.