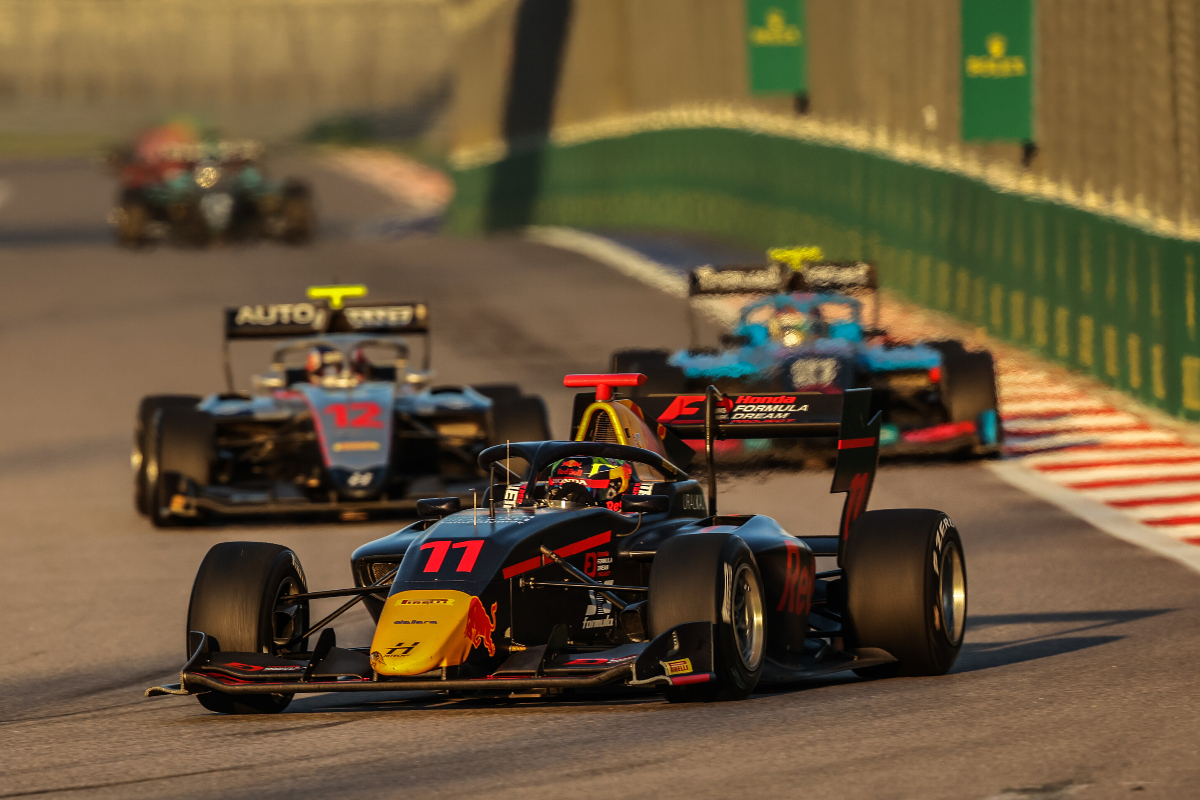 Hitech GP team boss Oliver Oakes has said that “people understimate” how challenging being an FIA Formula 3 Championship rookie, particularly for drivers with one year of single-seater experience.

Alessio Deledda and then-Honda junior Teppei Natori made the jump in 2019, Matteo Nannini and Roman Stanek did it last year, then Rafael Villagomez moved up to F3 this season for his second year in car racing.

Stanek was the most experienced part of Hitech’s 2021 line-up, as he partnered Red Bull juniors Jak Crawford and Ayumu Iwasa who each had one year of experience on European circuits in Formula 4.

“I think people underestimate how tough it is for rookies coming in,” said Oakes.

“Helmut Marko’s eye for spotting [drivers] and dropping them in initially always seems crazy to people, but there is no doubt from our side that Jak and Ayumu are massively talented. It was very clear early on to see that they had the raw speed.

“Our job was to help them use that with the characteristics of FIA F3.”

French F4 champion Iwasa was Hitech’s highest placed driver, winning at the Hungaroring en route to 12th in the points. Crawford made the podium at Spa-Francorchamps and came 13th overall, while Stanek finished third at both circuits but was 16th in the standings as he then went on a seven-race pointless run.

Crawford and Iwasa meanwhile finished the season with a fifth and a ninth respectively in Sochi, which impressed Oakes.

“To see them end the year as strongly as they all did puts a smile on your face,” he said.

“You do look back and wonder what you could have done slightly differently to have sped that up, but I think that everybody realises that it’s a process you have to go through. You cannot look over your shoulder.

“They are coming through a lot younger now, getting into FIA F3 with just a year of racing experience. It is odd really, but when looking at the Red Bull drivers, on one side you look at Liam [Lawson] and Juri [Vips] and compare them to the two youngsters from this season, but it is completely different, and you can’t.”

Having run Lawson and Vips in the past when they reached FIA F3, to then work with less experienced drivers at the same Formula 1-supporting level has been a useful experience for Oakes.

“We have learned that how you work with the younger guys is slightly different to the more experienced guys, not for better or worse, it’s just about how you handle certain things.

“One of the frustrations this year is that we have fought for the title against Prema every year except this one, but because we were starting the year with quite a young line-up, we weren’t in the mix for that.

“We have ended the year there, right on their toes, so you do have a bit of confidence that what you did was right and that we were right to stick to our guns.”