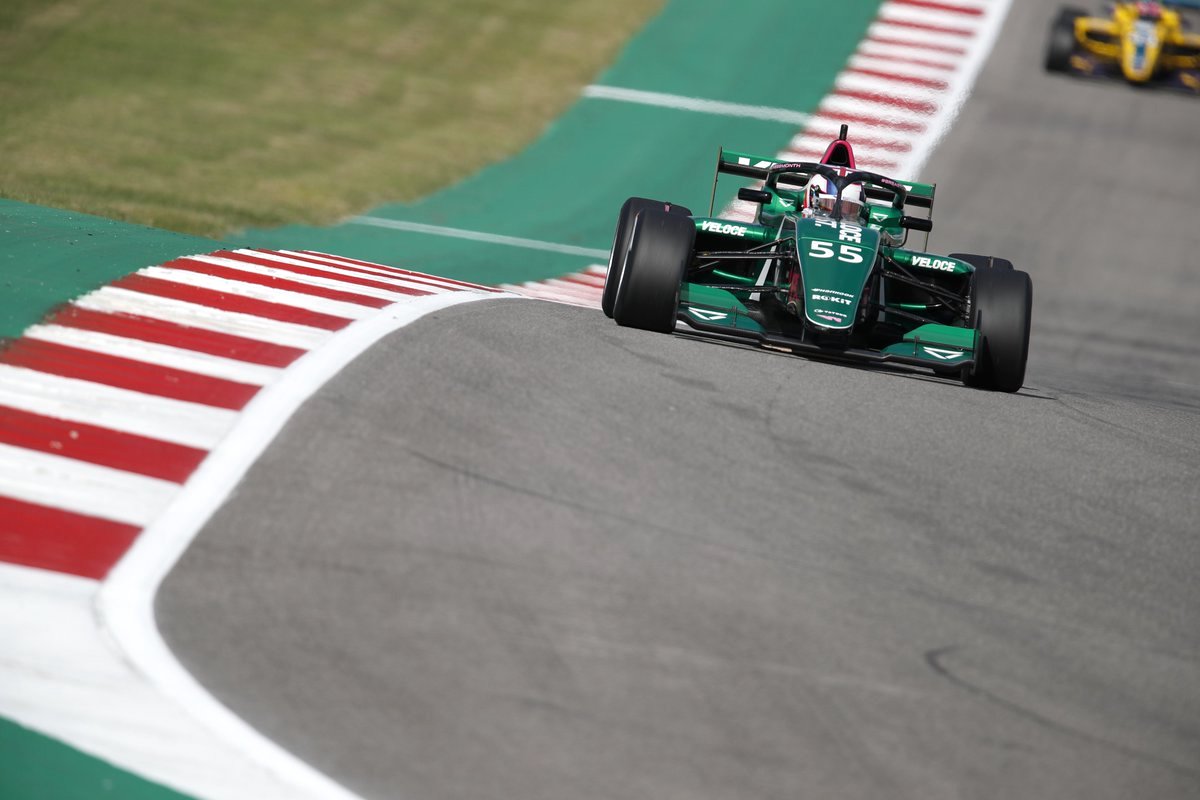 Williams junior Chadwick came into the finale with a 10-point lead over Powell and only had to finish in the top two to clinch the title irrespective of what Powell could do.

Starting from pole, Chadwick made an excellent start to vault into the lead and started to open up a gap to Pulling.

The gap continued to open up as the race progressed, topping out at five seconds on the final lap, and she was able to come through to take her fourth win of the season and the title with it.

Pulling, meanwhile, took her first podium in W Series after holding off the fast-starting Emma Kimilainen and clinched a top eight spot in the championship, guaranteeing her a place in next season’s championship despite only competing in half of the races.

It was a tougher race for Powell than was the case on Saturday. She was stuck behind Belen Garcia, whose pace wasn’t great, for a very long time, and by the time she got through for sixth place with three of the 30 minutes remaining it was simply too late to make up the rest of the lost ground.

Sarah Moore recovered from a poor start to come through to take fourth after a battle with Beitske Visser – who equals the best result of her troubled season.

Behind Garcia was Nerea Marti, Ayla Agren and Caitlin Wood, rounding out the points. All three benefitted from a collision between Jessica Hawkins and American driver Sabre Cook at Turn 12 late on while battling over eighth. Wood got by Bruna Tomaselli on the penultimate lap to snatch the final point.

Fabienne Wohlwend started mid-pack and was forced out wide onto the kerbs at turn 1 on the opening lap. She launched into the air and struggled with suspension issues after that before retiring from the race.