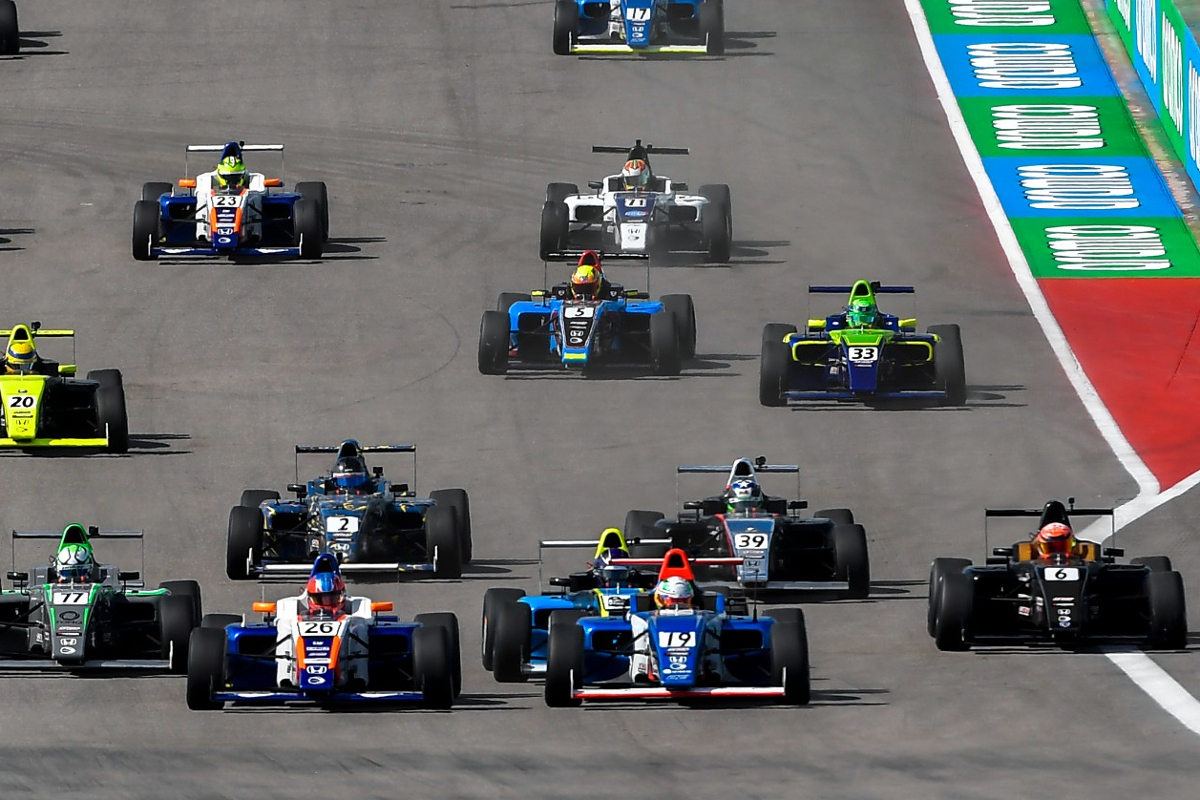 Noel Leon followed up his 2020 NACAM Formula 4 title with this year’s United States F4 crown in the two-race season finale at Circuit of the Americas.

The DEForce Racing driver started the weekend on the Formula 1 support bill by going third fastest in free practice behind title rivals Jason Alder and Nico Christodoulou, both of Velocity Racing Development, and came second to Christodoulou in qualifying by just 0.077 seconds.

However Christodoulou and DEForce’s Maxwell Jamieson had to start from the pitlane as penalties for collision-causing in the previous round. That meant Leon and Gonella Racing’s Mac Clark, also in title contention, shared the race one front row.

It was Alder, from fourth on the grid, who led by the end of lap one as he made a pass down the long back straight before the race went under caution. He then mastered the restart, and pulled away for an easy race win.

After losing the lead, Leon had to defend to not give up any more places and the points leader finished second ahead of Gonella’s Christian Weir.

It was a second podium from just four starts for Weir, who turned 15 last month, and had started from third on the grid and was down to sixth at one point.

Jake Bonilla and Erik Evans matched his best results of the year in fourth and fifth respectively, ahead of Christodoulou who charged past 26 cars to claim sixth and fastest lap.

While it wasn’t enough to keep Christodoulou in title contention, his drive did earn him the pole position for race two ahead of Bonilla, Leon and Clark who had finished seventh in race one.

Weir retired on lap four, and the race ran two laps shorter, but the increased tension was no issue for Leon who by following victor Christodoulou home did enough to become champion. Clark was third, ahead of Evans and Bryson Morris.

There were five new drivers on the grid, with former Lucas Oil Formula Car Winter Race Series runner Alexander Koreiba the best of those as he claimed two 20th places. He was debuting alongside Stadium Super Trucks racer Zoey Edenholm at Jay Howard Driver Development.