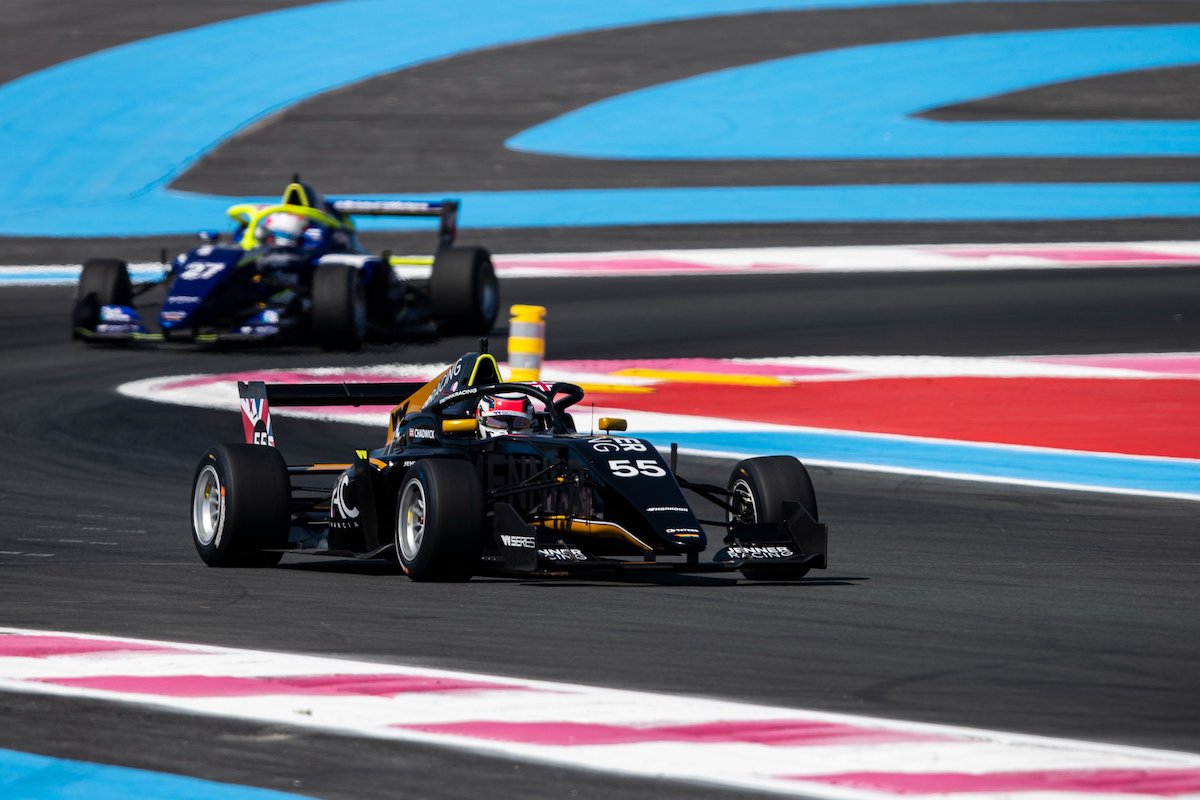 Jamie Chadwick came out on top in a mixed W Series qualifying session at Paul Ricard.

Marta Garcia spent much of the session at the top of the order but it was Chadwick in first place when the chequered flag fell.

A late flying lap for Beitske Visser allowed her to jump up to second, just 0.011s off Chadwick’s time.

Lap times tumbled throughout the session, but it was Garcia who was consistently running at the sharp end of the field. Nerea Marti, Visser and Chadwick all took turns at the top of the order, lowering the fastest lap time into the 2m02s range.

Chadwick went fastest in the closing stages of the session with a time of 2m02.339s. Her following lap time was deleted due to track limits, but her fastest lap remained within the white lines.

She remains under investigation for crossing the line at pit exit, however.

Visser took seconda head of Marti, while Marta Garcia dropped down to fourth. Belen Garcia picked up fifth ahead of Abbie Eaton and Fabienne Wohlwend.

It was a difficult session for second in the championship Abbi Pulling. Pulling was one of a number of drivers to have her lap time deleted early in the session. She could only managed 12th fastest.