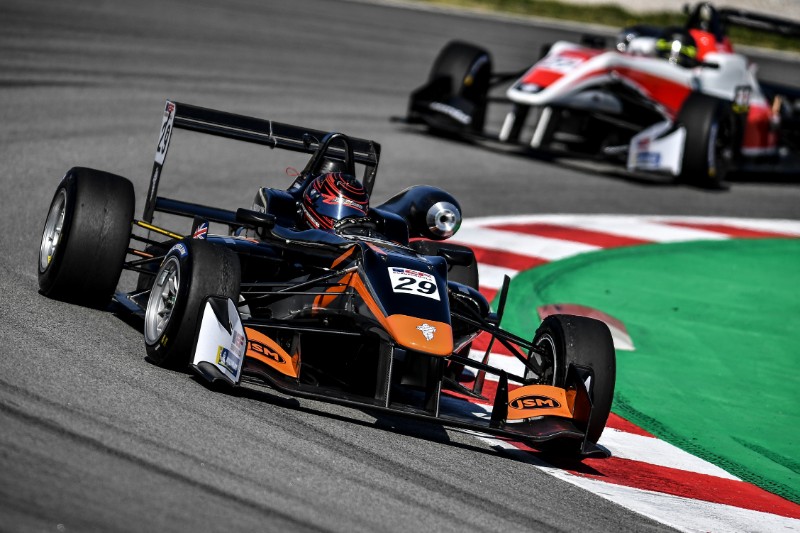 CF Racing will make its delayed Euroformula Open debut at Spa-Francorchamps next weekend, having initially planned to enter the whole season.

The Welsh team, a multiple title-winner in Britain’s MSVR F3 Cup, participated in pre-season testing with three cars but decided to skip the first three rounds of the season to focus on more testing.

It will field Stefano Leaney and Stuart Wiltshire, both winners in the MSVR F3 Cup, in two ex-Hitech GP European Formula 3 and Macau Grand Prix cars for the remaining six rounds of the season.

?Just getting there and doing a good job, getting good results,? said team boss Lloyd of the team?s ambitions for Spa.

?It?s a big learning curve for all of us, because the level this year is seriously high with all the big teams. We?re going to go there and get the experience that we need to do a good job.?

Prior to its MSV F3 Cup exploits, CF Racing ran LLoyd in F3 events across the globe and his driving career peaked when he was picked to represent PSV Eindhoven in Superleague Formula.

Both Leaney and Wiltshire have competed in the MSV F3 Cup with this year, with Leaney winning four races as an invitation entry. Wiltshire is a winless fourth in the standings, just ahead of other team-mate Anthony Bishop – another potential EF Open convert.

?Stuart?s done a few tests in his car. He also has a Dallara F308 that he?s been racing in Britain.

“Stefano?s raced his Euroformula car twice already in the UK as a warm-up for Spa. He?s been driving it to get a bit more mileage and learn the car a bit better. And we also get a bit more experience of the car.”

Sources close to Formula Scout suggest that other MSV F3 Cup teams have also expressed an interest in competing internationally.