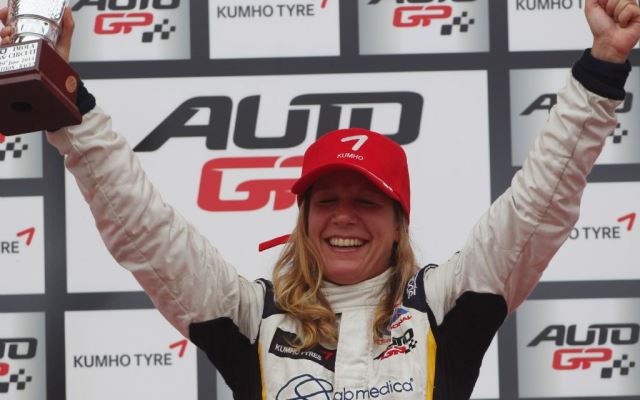 Michela Cerruti became the first female driver to win in the history of Auto GP after a close victory at Imola.

Starting from fourth, Cerruti took advantage of a poor start from Christof von Grunigen,?before overtaking both Francesco Dracone and Giuseppe Cipriani to take the lead.

Kevin Giovesi also worked his way through the field, however, unable to pass Cerruti, he had to settle with second.

Troublesome races for both Andrea Roda and Tamas Pal Kiss, only ending up in eighth and ninth. The top ten was completed by Francesco Dracone.