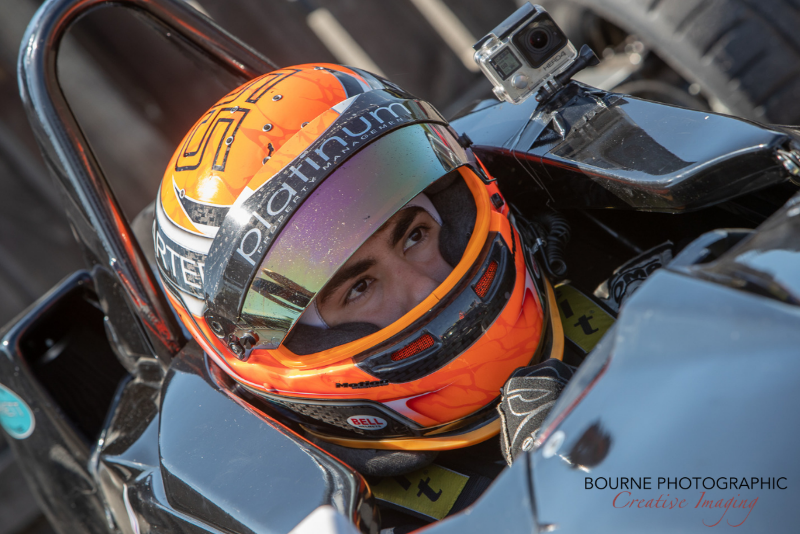 The 20-year-old American, currently ninth in the British F4 standings with JHR Developments, raced in National FF1600 last year for Don Hardman Racing and was also ninth in the points.

He rejoined the championship last weekend driving a Van Diemen chassis run by Oldfield Motorsport, which is headed by Arden’s number one British F4 mechanic James Oldfield. The team ran an all-American line-up, with former Team USA scholar Aaron Jeansonne in its other car.

?As of now I?m only slated to compete in this round. James [Oldfield] had a seat available, I talked to him about it and got it confirmed just after the Oulton Park F4 round? Williams said.

?It?s nice to keep racing over the summer break, I?d much rather be at a track than just sat at home.

?It helps keep the rust away and it?s always good to get more driving time, especially at a track like Croft. It?s difficult to get right, and not as straightforward as somewhere like Silverstone so it is a good challenge.?

Despite having to retire from race two with an electrical fault, he was excited to have had the opportunity to race the car ? having driven a Ray last year.

?I always wanted to try a Van Diemen and see what they were like to race, and it certainly is a lot different to the Ray, it?s a very different style of driving.

?It always felt like you had to really slide the Ray. You do have to slide the Van Diemen a bit, but this feels conventional ? more of a normal feeling.?

Arden’s British F4 driver Tommy Foster also entered FF1600 in 2018, while Jamie Sharp has gone the other way and switched from F4 to National FF1600, where he is currently seventh in the points.

The Young Racing Driver Academy, which is linked to Arden’s F4 squad, continues to place its members in FF1600 for experience. Logan Hannah is currently fourth in Scottish FF1600, while Abbie Munro is 11th in the BRSCC Northern championship.