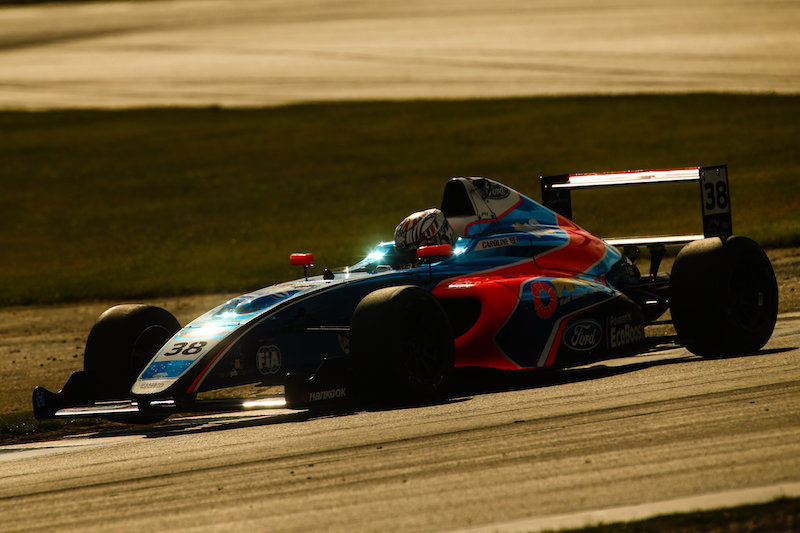 Jamie Caroline took two more British Formula 4 wins in round two at Donington Park, but the event was overshadowed by a serious race three crash in which Billy Monger was injured.

Monger, who had finished third in race one (winning the Challenge Cup, pictured below, centre), was running in a train of cars on lap four of the final encounter on Sunday and was unsighted as the pack passed the slowing car of Patrik Pasma rounding Schwantz Curve, causing him to hit the rear of the Carlin car at speed.

Both drivers required careful extraction, a process that took almost two hours in the case of Monger, who was conscious but suffered leg injuries and was airlifted to hospital.

Following a visit to the Donington Park medical centre, Pasma was also taken to hospital for further checks and was due to remain there under observation overnight.

With Monger’s evacuation causing delays to the schedule at the British Touring Car Championship event, a result was declared after three laps and half-points awarded, with Linus Lundqvist the winner. 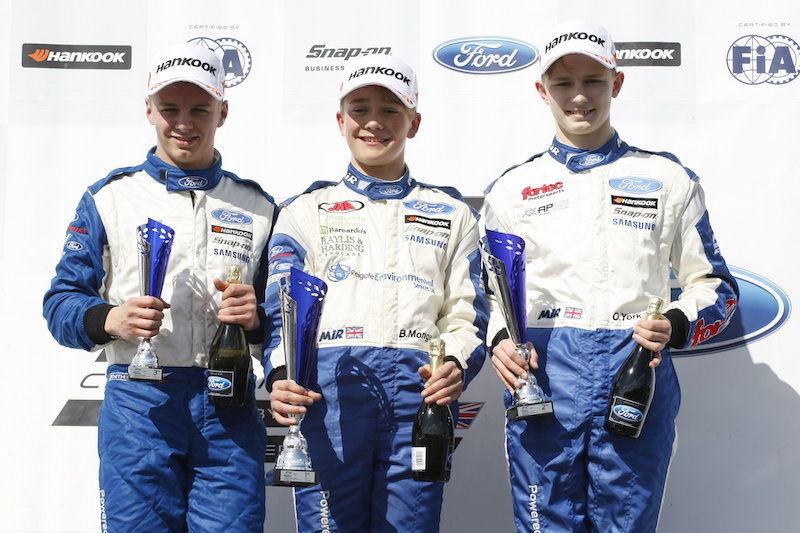 Swedish Formula Renault 1.6 champion Lundqvist was among the pre-season title contenders after strong testing form but failed to finish any of the races at the Brands Hatch opener due to engine issues.

With a new engine fitted in his Double R Racing-run car for Donington, he promptly claimed pole position, but had to settle for second in race one after being passed by Caroline on the opening lap.

Caroline won by 5.4s over Lundqvist while Monger came from seventh on the grid to third on the first lap to complete the podium.

Carlin driver Caroline produced a stunning first-lap of his own to win the reversed-grid race two, completing his charge from sixth to first with a move on team-mate Pasma into the chicane.

Fortec rookie Oliver York followed fourth in race one with second in race two, within three seconds of Caroline, with Pasma a distant third.

Caroline didn’t get such a good start to race three and was challenged on his inside for second place by Alex Quinn. The pair made contact, sending Caroline into the gravel and also catching out Karl Massaad and Ayrton Simmons and enabling Oscar Piastri up to second behind Lundqvist. York passed Logan Sargeant on lap three for third place prior to the red flag.

Second for Piastri puts him second in the points, 40 behind Caroline and seven ahead of Pasma, who like Monger was not classified in the results having been running fifth prior to slowing.