Carlin to return to F2 in 2018, Fortec and Charouz also set to join 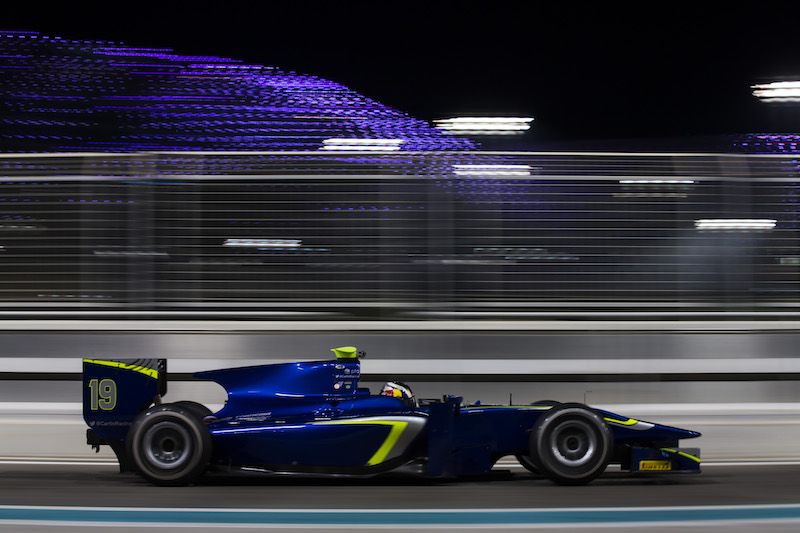 Carlin will return to the Formula 2 series next year with Fortec and Charouz also joining the grid as new entries, while Russian Time and Rapax are set to depart.

First entering the series formerly known as GP2 back in 2011, Carlin claimed victories with Max Chilton, Jolyon Palmer and Felipe Nasr but departed again after a challenging 2016 season.

Its return coincides with the new F2 2018 car being introduced, as well as the arrival in the series of its reigning European Formula 3 and past British Formula 4 champion Lando Norris, who will contest next weekend’s season finale in Abu Dhabi with Campos Racing.

It did previously compete in the championship’s predecessor International Formula 3000 in 1999 and 2000.

Czech-based Charouz Racing System is best-known in single-seater circles for success against Fortec in Formula V8 3.5 under the Lotus banner, with Pietro Fittipaldi on course to secure the title with the team in Bahrain this weekend.

It also won the European Le Mans Series title in 2009 with the Lola-Aston Martin prototype.

Russian Time and Rapax are absent from a list of 11 teams revealed by the championship, which says a 12th team could be added to the grid in the coming weeks.

The former has spent five seasons in the series, winning the teams’ title in its maiden campaign and focusing its efforts around Artem Markelov (whose backers have largely funded the team) in the last four years.

The Rapax entry can be traced back to the start of GP2 in 2005, with the entity owned by Nelson Piquet going on to join forces with the Italian GP Racing outfit before being sold and then rebranded as Rapax ahead of the 2010 season, when it won the title with Pastor Maldonado.

It has won races in five of the seven seasons since, including in Monaco this year with Nyck de Vries.

“We have decided to remain loyal to the majority of our existing teams who know the championship well and are strong assets to nurture young drivers,” said CEO Bruno Michel.

“We are pleased to welcome Carlin, Fortec and Charouz to the grid. They will get their first taste of F2 early 2018 at the new car shakedown which date will be announced in the coming weeks.

“We have received high quality requests from many teams who wish to join our championship. Therefore, we keep open the possibility to add a twelfth team to our line-up before the end of this year.”