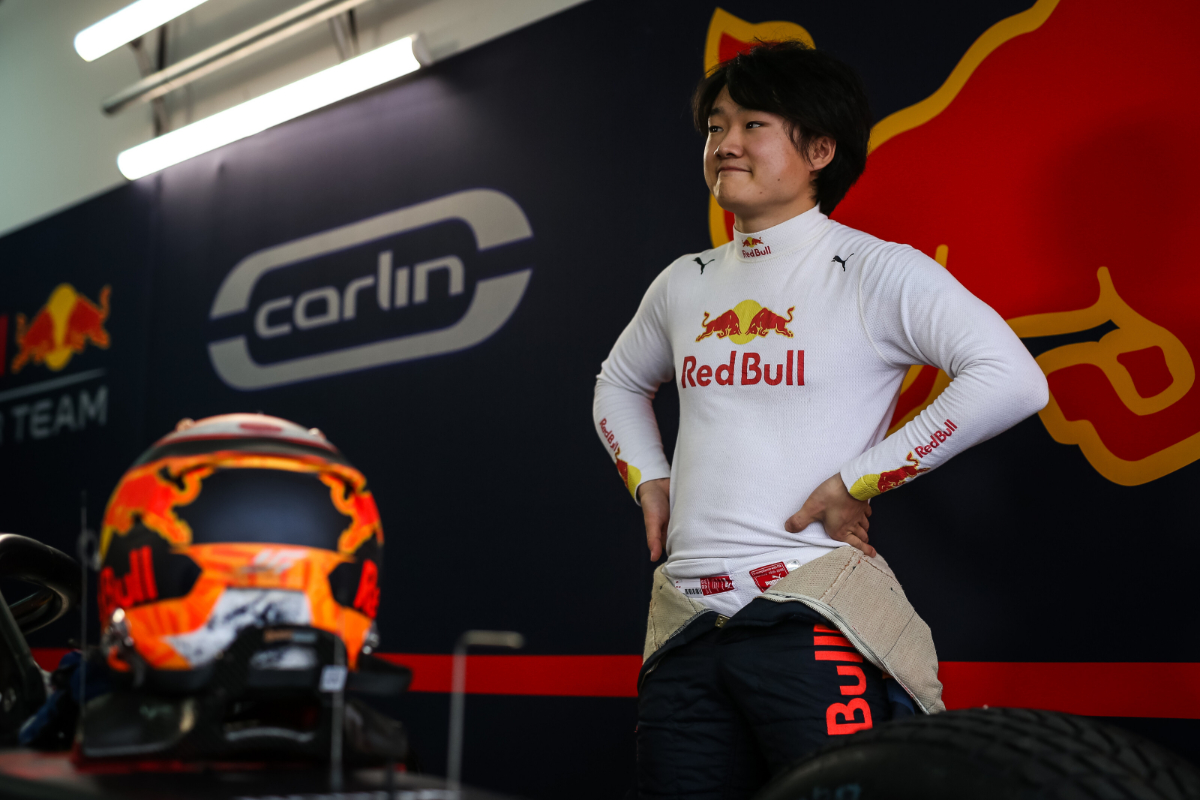 Carlin team boss Trevor Carlin believes Yuki Tsunoda could have been Formula 2 champion as a rookie with his team last year.

The Formula 1-bound Tsunoda came third in the F2 standings with three wins after stepping up from FIA Formula 3.

He was just one point short of the title runner-up spot, and 15 points behind Prema’s champion Mick Schumacher.

“I think if the first round in Bahrain had gone smoother for Yuki, then we could have been looking at him on the top step of the prize giving ceremony,” Carlin said.

“We were happy to get third, but really, we were disappointed because we could have done so much better.”

Tsunoda went into the back-to-back Bahrain rounds that ended the season with a 44-point deficit to Schumacher, and then started from the back for the first Bahrain race after spinning in qualifying. He charged up sixth place with fastest lap, but a puncture from early contact left him 15th in the sprint race.

He was faster than his title rivals in both rounds though, and took feature race victory from pole and then made his way into second place with fastest lap in the sprint race on the Outer layout a week later to cut the margin to the points leader.

“We developed the drivers to take care of the tyres in the race,” Carlin added. “I think our racecraft, certainly Yuki’s, was exceptional.

“That’s down to the work that the engineers put in to help him work out how to control the tyres, teaching him how to save them without losing too much pace. For me, that’s where we were really strong.

“We were fast, while still keeping the tyres alive, which meant that we were really strong at the end of races when everyone else had worn out their tyres. So yeah, our speed was great, but our tyre management was fantastic as well.

“It really goes back to the work that we did pre-lockdown. At the Bahrain pre-season tests, I don’t think people will really remember now, but I think we were first and second on most days, so we knew we had a decent car.”

While Tsunoda moves up to F1 with AlphaTauri this year, his F2 team-mate and fellow Red Bull junior Jehan Daruvala remains at Carlin. Dan Ticktum, who was a Williams junior last year, is linked to being his team-mate.