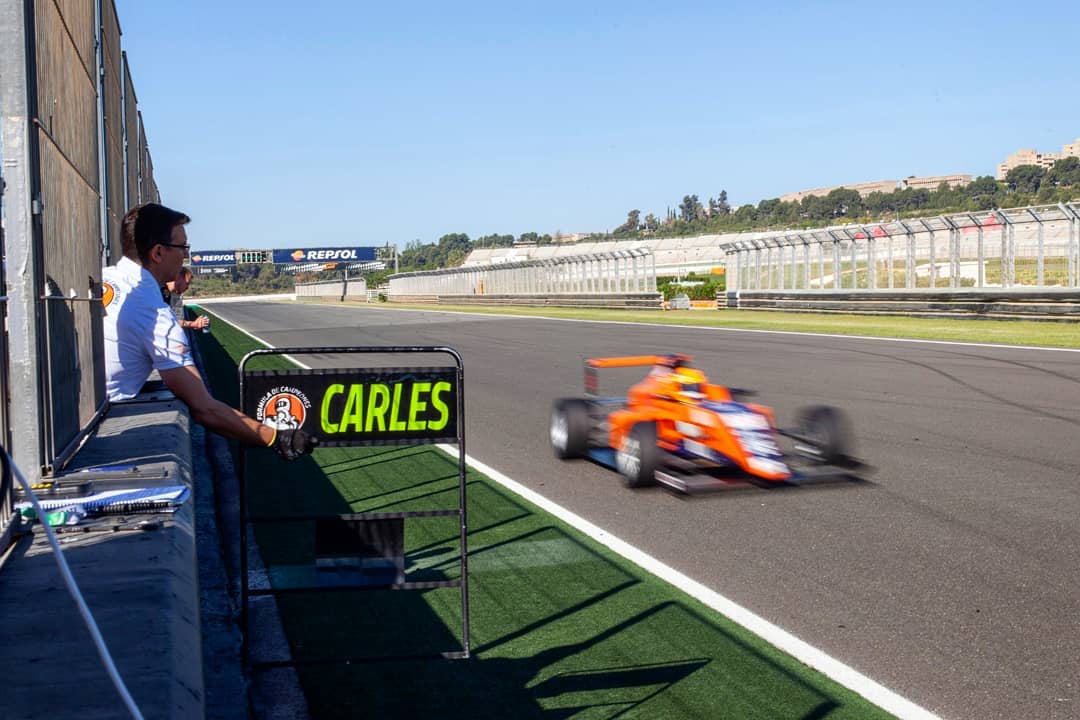 All of the drivers set their personal best laps in the morning session, with MP Motorsport’s quartet of drivers absent.

Martinez’s team-mate Quique Bordas matched his lap count and ended his first series test in sixth place. The karting graduate earned his drive in a shootout test at the circuit, which is where the Praga F4 team is based.

The Spanish F4 season is due to begin at Navarra in July. In addition to the drivers at the Valencia test, drivers expected to be on the grid include Eloy Sebastian at GRS and Marc Lopez at NM Racing. G4 Racing is yet to sign a driver.

Also on track at Valencia was Euroformula’s new halo-shod Dallara 320 car, being driven by Matthias Luethen. The German was being run by Drivex, but has also tested recently with Motopark.